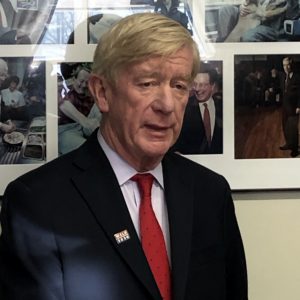 Bill Weld files with the NH Secretary of State to appear on the GOP ballot in the 2020 POTUS primary.
News

Weld’s Advice to Dems on Impeachment: Less Is More

When it comes to impeachment, less is more. That’s the advice former Massachusetts governor — and Nixon impeachment veteran — Bill Weld had for the Democrats in Washington, as he filed paperwork to challenge President Trump on the GOP POTUS ballot in New Hampshire.

“I don’t think I need to give advice to Nancy Pelosi and Adam Schiff, I think that they know what they’re doing,” Weld told NHJournal. “In general, I think it’s better to simplify articles rather than blow them up.”

Recounting his role as associate minority counsel during the Watergate inquiry (opposite future First Lady Hillary Rodham), Weld said that “there were many, many straws in the Nixon impeachment, but it was winnowed down to three. I think that John Doar and Burt Jenner, the chief counsel, and Peter Rodino the chairman, were wise to winnow down the charges and concentrate on just a few.” 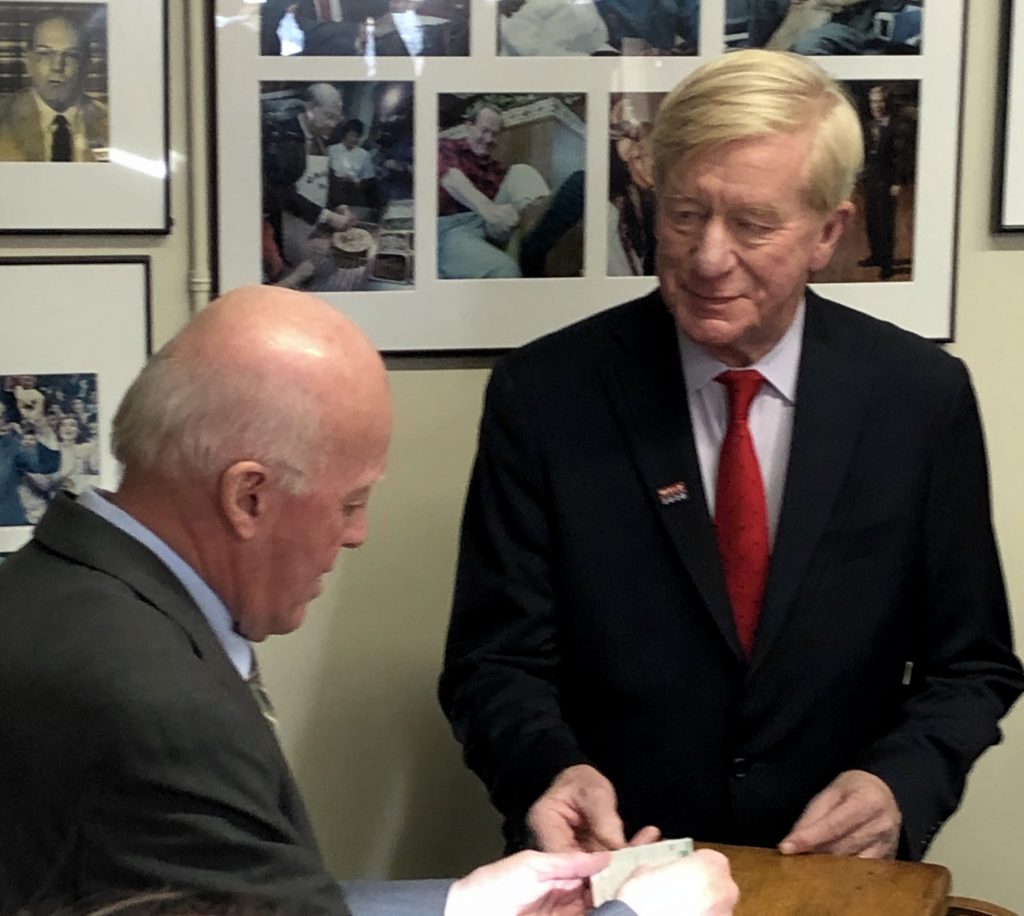 Weld, facing what can only politely be called an uphill climb in a primary against a sitting president whose approval among Republicans hovers around 80 percent, had kind words for fellow Trump challenger Mark Sanford, who dropped out of the GOP POTUS primary on Tuesday.

Weld told reporters he’d spoken to the former South Carolina governor about the race, but rejected Sanford’s view that impeachment is “sucking all the oxygen” out of the campaigns of Republicans hoping to topple Trump in the primary.

“Not at all,” Weld said. “I think it’s possible that as the hearings progress and cold, hard controvertible facts are put onto the table that are hard to gainsay, impeachment could actually put a lot of oxygen into the room — a lot of oxygen that will fuel the candidacy of people like myself.”

Weld added that he believes President Trump is facing “a richly deserved impeachment by the U.S. House and removal by the U.S. Senate. In my view, that’s their duty under the Constitution. So I think the proceedings in Washington will be an integral part of the discussion and what happens going forward [in this campaign].”

“Who’s Bill Weld?  Never heard of him. Neither has anyone else in New Hampshire,” Lewandowski said. “But if he runs, we look forward to crushing him in the New Hampshire Primary.”

State Rep. Fred Doucette, co-chair of the Trump campaign in New Hampshire, had a similar message. “I fail to see the logic in acknowledging this self-proclaimed libertarian for life,” he told NHJournal.

Weld also took a moment to defend the importance of the ‘First in the Nation’ New Hampshire primary against attacks from candidates like former HUD Secretary Julian Castro — who says the state is too white to play a critical role for the diverse Democratic electorate — and former NYC Mayor Michael Bloomberg and others who are skipping the contest entirely.

“I don’t think anyone can ‘blow past’ New Hampshire, that’s not a good attitude. I think a lot of virtue resides here, not only in the state and its people but in the institution of the ‘First in the Nation’ primary.