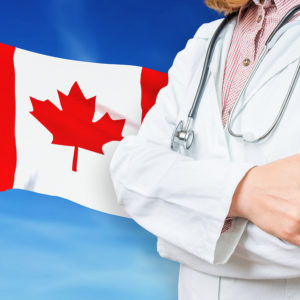 What Would You Do With Twenty Free Weeks?

You can do a lot in 20 weeks. Take a semester of college classes and have time for a five-week vacation. Watch an entire NFL season, including the first few rounds of the playoffs. Even earn a private pilot’s license.

Or, if you’re Canadian, you can spend 20 weeks waiting for routine surgery. Last year, patients north of the border waited a median of 19.8 weeks to secure treatment from a specialist after getting a referral from a general practitioner.

In 2018, there were over a million patients languishing on wait lists in Canada’s government-run health care system. Private insurance coverage is outlawed for anything considered “medically necessary.” Only the government has the authority to pay for such procedures. If patients don’t want to wait their turn, they’re welcome to seek care outside the country — on their own dime.

One Canadian doctor is fighting to change this system. Dr. Brian Day, an orthopedic surgeon in Vancouver, British Columbia, has spent the last decade in court — including three years in the British Columbia Supreme Court — arguing that depriving Canadians of private care violates their fundamental rights. His case offers a powerful rejoinder to the argument for “Medicare for all” in the United States.

Doctors can only charge patients if they opt out of the public system entirely. But doing so means forgoing the ability to treat patients with government insurance or work in public hospitals.

Their only potential patients would be those who can afford to pay out of pocket, given the government ban on private insurance. And that’s a vanishingly small pool. Consequently, few doctors choose to operate outside the public system.

This system is bad for doctors and patients alike. Patients wait for weeks on end, only to be rushed through appointments where they’re asked to “limit the discussion” to one health issue per visit with their overworked, burnt-out doctors.

The median wait for certain procedures, and in certain provinces, is even longer than the 20-week nationwide median. Last year, the median wait for orthopedic surgery — Dr. Day’s specialty — was a staggering 39 weeks. In his home province, residents had to wait a median of seven weeks after their appointment with a specialist for an angioplasty.

If Medicare for all becomes the law in the United States, Americans would face those months-long queues, too. But you won’t hear that from the idea’s chief advocate, Sen. Bernie Sanders, who had the luxury of getting an angioplasty within a matter of hours after experiencing chest pains on the campaign trail in Nevada.

Day has a simple plan to fix his country’s system. He proposes allowing physicians to offer private care while continuing to work within the public system. He also thinks Canadians should have the option to purchase insurance for private care, even if it overlaps with government coverage.

Privately paid care is already a crucial component of the Canadian health care system. Day says private clinics in British Columbia already treat more than 60,000 patients every year. Many of these patients are exempt from the single-payer system — they’re Royal Canadian Mounted Police, or people injured at work covered by workers’ compensation insurance. By seeking care outside the single-payer framework, they actually save Canadian taxpayers $300 million annually, according to Day.

Private care could even help Canadians save money. According to the Fraser Institute, long waits for medical treatments cost Canadians more than $2 billion in lost wages in 2018 alone. That’s on top of the $13,000 in taxes the average family of four pays each year to fund the overburdened health care system.

Canadian officials fear Day’s solution would erode the public health care system. That’s precisely why they’ve dragged his case on for more than a decade. But closing arguments before British Columbia’s Supreme Court are expected to wrap up December 6 — three years after the trial began. The judge could issue his ruling as early as next month.

Regardless of the outcome, Americans would do well to think about Dr. Brian Day before embracing single-payer health care. With any luck, we’ll keep those 20-week waits from crossing the border.