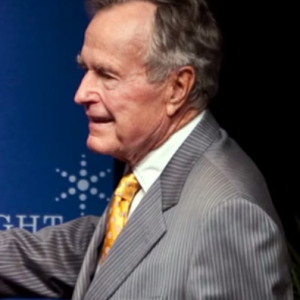 Where’s the Moral Compass in these Midterms?

Election after election, we hear the same things from the legacy media when it comes to the conduct of campaigns.  Conservatives and Republicans “engage in divisive and harmful tactics, with a special tendency to divide along racial lines.”  Conservatives and Republicans “are more willing than liberals and Democrats to engage in tough actions while showing little regard for known facts.”  And, perhaps my personal favorite, “despite their attempts to suppress votes being cast from groups Republicans fear through the use of intimidation and laws such as photo I.D., there remains little evidence that voter fraud is anything other than rare and small in nature.”  Does anyone actually give a rat’s rear end as to what the actual truth might be?

In 1988, the Bush presidential campaign ran a television ad criticizing his opponent’s (Mike Dukakis) record as governor on prison furloughs.  The ad highlighted that a man by the name of Willie Horton had been allowed a weekend furlough under the program and, while free, committed horrible crimes.  Never mind that this ad went to great lengths to not highlight that Mr. Horton was an African American, instead showing a revolving prison gate door where the figures were blurred.  Somehow the fact that an independent group ran an ad, with about as much money behind it as a local hamburger joint, the whole episode was proof positive the Bush campaign was polarizing the electorate on racial grounds.  Also, nevermind that the whole matter of Willie Horton had been introduced into the 1988 campaign by none other than Al Gore during the New York Democratic primary.  This media bias stuff is not exactly new or even news, just a real problem for a serious and fair debate.

Fast forward to 2014.  Are we seeing conservatives and Republicans warning that if Democrats get elected that it means there will be more emphasis on affirmative action, or that white voters somehow are under a threat of some sort?  Of course, we are not.  On the other hand what is happening among Democrats?

In North Carolina, the super PAC started by Senator Harry Reid of Nevada is running a radio ad (only on stations aimed at the African American demographic) accusing the Republican running for the Senate of leading the effort to pass the sort of gun law that “caused the death of Trayvon Martin.”  Even Glen Kessler of the Washington Post, in his Fact Checker column, found this beyond even remotely being credible and gave it four Pinnochio’s.

In Georgia, the Democrats are circulating a flier in the African American community that warns voting the only way “to prevent another Ferguson.”  It features two black children holding signs that say “don’t shoot.”

There’s more of the same in Arkansas and elsewhere.  Some of this does get reported, but it is reported without any tone that conveys that it is awful, wrong, and deserves to be condemned.  Let any conservative or Republican do something along these lines and every other Republican faces the demand to say it is wrong or be guilty of endorsing it.  In Georgia, Michelle Nunn has flat refused to say this is wrong.  Same for Kay Hagan in North Carolina.  No matter what else one might argue, it would be hard to deny these appeals are both racial and divisive in nature.  It is either okay to do this sort of thing, or it is not.  It cannot be that is okay for one side to do it, but wrong for the other.

What about the idea of “do anything to get elected?”  Our old friend Michelle Nunn surely is working hard in this area.  To offset any notion that, as a Democrat, she might actually be supportive of Barack Obama and his agenda, she runs a television ad where she is with former president George H.W. Bush who she all but says is her best friend.  When the man who succeeded Ronald Reagan into the White House made clear he was supporting David Perdue (her opponent) and directly asked that she cease and desist from using his image in her ads, what was her response?  Why she simply ignored him and kept the ad on-air.

In Alaska, Senator Begich is running a second television ad where he highlights how much he and Republican Senator Lisa Murkowski work together, etc.  When the first one appeared Senator Murkowski requested that he stop doing it.  His response?  He ran another one and remarked that Senator Murkowski need not worry the picture of her was not all that good, he liked it.  No problem with a sexist attitude here, right?

And, how about Kentucky Senate candidate Alison Grimes?  She refuses to state who she voted for during the last two presidential elections under the claim that the vote is a “secret ballot.” She gets righteously indignant and acts as though she is defending some lofty principle.  At least this action has been widely mocked.  However, Alison Grimes is not some private citizen.  She is the Democratic candidate for the United States Senate.  Where is the demand from editorial pages she come clean with the voters, or they will never consider endorsing her?

Finally, we have the issue of voter fraud.  So elusive, so hard to find, so barely around in the minds of the mainstream media.  Really?  We have not even gotten to Election Day and already we have abundant evidence voter fraud is actually pretty much alive and well and tilted heavily in the direction of Democrats.

In Maryland, voting machines where voters tried to cast a vote for the Republican were tallied for the Democrat.  Just a mechanical glitch we were assured.  Of course, not a single report of the opposite happening.

That mechanical glitch must travel well, because, strangely enough, in Cook County, Illinois—a place where problems of these sort never happen, of course—the same exact thing took place.  Add to this that votes cast by non-citizens (none daresay illegal immigrants) were allowed to be counted.  This is the result of motor voter—when one gets a driver’s license, they can be registered to vote.  We were told this could never happen when proponents of motor voter were urging passage of the law.  Once again, do the facts ever count for anything with liberals?

In Colorado, we have Democrats posing as Republican Election Judges as the early voting is taking place.  In Alabama, for several elections, there have been as many as six counties where more votes were cast than there were eligible voters.  Am I naïve, or is this probably not on the up and up?

There you have it.  Actual facts.  Actual reality.  I am guessing that once the dust settles, we will be treated to the same tired, obviously false, narrative outlined at the outset of this little piece.  Do you suppose liberals or the legacy media will ever be tempted to re-think their point of view on these things?  Once again, my guess is that it is hardly likely.  They have no shame.