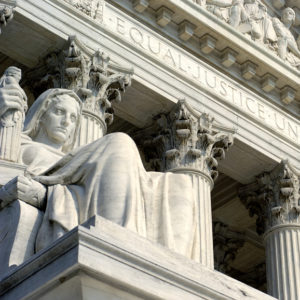 Why Does It Take The Supreme Court So Long To Decide a Case?

December 1, 2021, will go down as an important date in American history. Dobbs v. Jackson Women’s Health Organization, which was argued on the day, has the potential to rewrite abortion law in the United States.

So what actually happens in a potential landmark case such as Dobbs, from the time the case is accepted until it’s decided? The answer from a process perspective is pretty much what happens in any other case.

The easiest way to understand why we have to wait so long for a decision in Dobbs or any other case the Supreme Court hears that has the potential to change the law of the land in a critically important area of law is to imagine a series of circular work processes. The Supreme Court doesn’t do one thing, they do many things many times over, repeating these five key processes that keep the Court running.

The first is deciding what cases to hear and not to hear. Each year, there are several thousand applications for a writ of certiorari – the sheer application numbers are staggering, as is the approximately two percent success rate. The process for how the Court decides which cases to hear is in itself a time-consuming one that repeats each term. Deciding what to hear is the critical front end of the Supreme Court’s entire workflow and it’s never rushed. Unlike the far less competitive Harvard University, the Court accepts these two percent of case applications on a rolling basis, with the roster filling during the summer preceding the October term.

The second prong is what they did last month with Dobbs – they hear oral arguments and the processes that flow from that. The oral arguments happen on set dates and are generally limited to 90 minutes. From there, while the justices still have their present sense impressions of the case, they have a conference to discuss and decide it before it goes to the often quite lengthy research and writing phase, where the justices are very well-supported.

A big part of the voluminous and laborious work done by the Supreme Court is done by the clerks. These talented recent law school graduates number three dozen each year and end up writing the majority of opinions that come down from the court. The writing and editing is an extremely time-consuming process done in collaboration with the justices, so it’s a process of weeks and months given the depth of analysis and the back-and-forth that needs to happen in the editing stages.

The entire process isn’t fast because it’s not designed to be fast.

Tim George, a lawyer in Erie, Pa,, reminds us that the time the Court takes to go from the issuance of a writ of certiorari to a published opinion is a critically important part of the Supreme Court’s role in American democracy:

“Justice is rarely achieved when it is rushed. While we all want the Supreme Court to issue decisions on the important cases they hear in as timely a manner as possible, neither the Court’s opinions nor their timelines should be swayed by public opinion.”

The third part of the process is exactly that – the issuance and publication of decisions. The Court publishes opinions on its official website on certain dates of the term, according to the official Court calendar.

The fourth part of the Court’s ongoing work is hearing any emergency cases that are brought to them. This is often part of the Court’s Monday morning housekeeping and includes an Order List, which is their public report of Court actions including the acceptance and rejection of cases.

The fifth piece is one that’s generally not in the public spotlight – the actual maintenance of the court as a functional working body. Like any powerful judicial entity, there needs to be regular housekeeping. In earlier and simpler times, the justices would spend time strengthening their bond in places such as the Supreme Court basketball court. Between spending collegial time getting to know each other better and obviously talking about legal issues in the cases the Court has heard, the Court needs this internal, unofficial, and often far more casual time, to help ideas solidify.

When we look at all of these together, we can understand why most experts predict that we won’t have a decision in Dobbs, which means we won’t have clarity on the new or ongoing law of the land regarding abortion in the United States, until this spring. That’s difficult for a lot of people to absorb, as they justifiably want a decision today, but it’s a result of the processes that make the Court what it is.