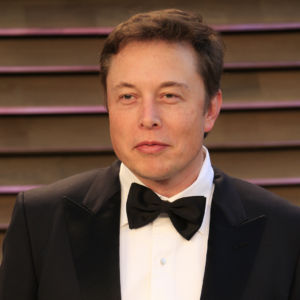 Why Is Elon Musk Afraid of Specific Performance?

Specific performance is a legal concept Elon Musk is undoubtedly aware of but wishes he weren’t.

Musk’s offer to buy Twitter is for $44 billion. While it’s challenging to keep track of what might be Musk’s endgame from day to day (or hour to hour), it would generally be a safe assumption that no one wants to be a defendant in a $44 billion lawsuit. But it’s equally safe to assume that no party to a massive contract wants to be held to perform what they now see as a bad deal.

Yet specific performance, by definition, makes a party perform. In the Twitter acquisition, this could mean a court eventually ordering Musk to pay up and perform.

Krenar Camili, a New Jersey lawyer, points out that things might be worse for Musk tomorrow than they are today:

Should this concern Musk? Absolutely.

Does it concern Musk? Again, it always depends on what his endgame is.

If, ultimately, Musk simply wants to remain, non-stop, in the news cycles, then maybe dragging this out as long as possible is the way to go. After all, once Musk owns Twitter, then he’s simply the person who owns Tesla, SpaceX and Twitter, among other things. While interesting and, to some people, heroic from an entrepreneurial point of view, not really the stuff of daily news headlines.

But a brutal court battle between Musk and Twitter that goes on for months if not years? This is a CourtTV dream scenario of an infinite loop of live testimony and nightly recaps.

As always, the extremes presented by the law are theoretical and practical solutions can always be found. Assume that Twitter did sue Musk for the $1 billion fee and specific performance. There’s a long way to go between filing that lawsuit (and any counterclaims) and an actual resolution. The case could be resolved in a settlement rather than a verdict.

What this might look like would be a contractual exit penalty plus; the full $1 billion owed plus a relatively small but still meaningful fraction of the $44 billion Twitter purchase price. Maybe it all wraps up with Musk paying Twitter $3 billion to $4 billion to get out of the deal and be fully released from any other legal obligations to the company.

No matter how this all resolves, the legal posturing just beginning on both slides is fascinating. If this is both a preview of the legal wrangling we are about to see and the foreshadowing of a shift in tone (read: poop emoji) of the relationship between both parties to this massive contract, it’s going to be a very interesting period ahead.