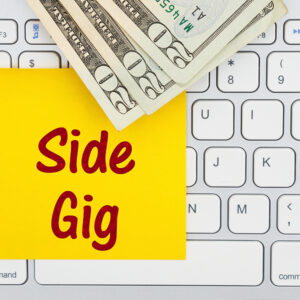 Why is Prop 22 Important?

Voters approved the Prop 22 ballot measure in California last November, which was carefully designed by companies such as Lyft, Uber, and DoorDash. When Prop 22 passed, it was a massive victory for those gig economy giants because it allowed them to continue to avoid many of the costs other companies have to bear to do business in the state, such as paying a minimum wage, workers’ comp, sick leave, and health insurance.

The success of getting Prop 22 into law in California fueled the desire of these companies to push for similar legislation in other states. But Prop 22 hit a major roadblock in July when it was held to be unenforceable and unconstitutional as it limited the California state legislature’s ability to allow workers to collectively bargain for constitutionally guaranteed rights such as workers’ compensation.

However, this surely isn’t the end of Prop 22 itself and what will be a multi-billion dollar push by these gig economy companies to reverse the California decision and have similar legislation across the nation. Even after July’s court decision, there is no final resolution to this issue. Prop 22 still exists as we wait for the inevitable appeal to the California Supreme Court. Ultimately, where all of this goes from here is probably to the Supreme Court’s door.

John Lawlor, a Fort Lauderdale lawyer, points out that while the chances of the Supreme Court hearing any case are very small, this type of case could prove interesting.

“Whether the Supreme Court eventually hears an eventual Prop 22 appeal is uncertain, given that the Court grants certiorari to less than two percent of the cases presented to it each year. But even if it isn’t a California Prop 22 case that the Supreme Court chooses to look at, it could be a similar issue from another state, as court challenges to these types of laws are going to become far more common.”

A Prop 22-style case presents the Supreme Court with an interesting and still unique area of law, which the Court tends to like. With growth in the gig economy not about to slow down anytime soon, an ultimate decision as to whether these companies are going to be seen, nationwide, as employers of actual employees or as technology companies facilitating the work of independent contractors is a decision that is long overdue at the national level.

It’s not just the United States that’s dealing with this issue. The relationship between these same gig economy companies and the people who do the work for them is the subject of legal challenges around the world. And the trends are not good for the Ubers and Lyfts of the world with courts in places such as the UK, France, and Germany coming down on the side of workers and seeing these companies as regular employers.

Part of the reason this classification issue isn’t fully resolved over a decade after these massive gig economy companies entered the scene is because of the amount of money they are able to throw at getting legislation such as Prop 22 on the books. Uber alone has raised over $25 billion dollars since its founding in 2009 and has never been profitable. Part of the cost of doing business for these companies is a need to change the legal foundation around which the business is built, which is why these companies spent hundreds of millions of dollars in California to have Prop 22 become law. It’s not a fight their business model can ever have them give up in California or where you live.