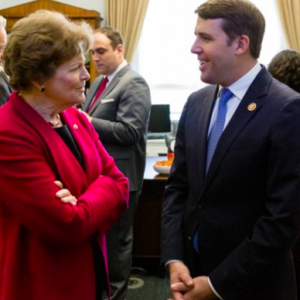 Why Is Sen. Shaheen so Silent About the Border?

“Trump could opt to use his Oval Office talk to target Democratic senators who are gearing up for potentially tough re-election fights in 2020, such as Alabama’s Doug Jones, New Hampshire’s Jeanne Shaheen and Minnesota’s Tina Smith.”

So said John T. Bennett of RollCall before Trump’s speech Tuesday night. Could he be onto something?

Why hasn’t Sen. Shaheen spoken out on border issues like she has foreign policy, or denouncing the government shutdown?
Scroll through Sen. Shaheen’s press releases back to Thanksgiving and you won’t find a single mention of her opposition to the Wall or any comments about the border. Not even amid the raging debate going on right now. Even as a member of the Armed Services Committee, Sen. Shaheen offered only muted criticism to President Trump’s talk of using the military to build a border fence, merely calling the proposal “inappropriate.”  Hours after Trump’s speech, not a single tweet or press release. Why?

Sen. Shaheen’s reputation is as a not-quite-as-Left U.S. Senator, a good place to be in a purple state.  No big GOP names have emerged to challenge her. And given the #BlueWave that just washed through New Hampshire in November, she (and every other Granite State Democrat) should be feeling pretty good.

But two years is many, many lifetimes in American politics, particularly in the age of social media. And there are two data points that Team Shaheen is no doubt aware of:

In the newest state-by-state polling from Morning Consult, the president’s approval is just one-point shy of his all-time New Hampshire high, and his overall approval is the best it’s been since May of 2017. And while Trump is still underwater with Granite State voters, he has managed to make up more than half that gap in just three months.

And Trump only lost New Hampshire by 3,000 votes–and without the power of incumbency behind him. Anything can happen during the Trump era (and probably will), but if Trump does make it to the fall of 2020 in decent shape, he’s going to pull Republicans to the polls. And that could make for a close race.

Shaheen’s On The Wrong Side Of Border Issue:

An even newer Morning Consult poll hit Tuesday showing that only 12 percent of Americans agree with the Democratic position that there is “no problem” at the U.S./Mexico border.

A solid 42 percent of voters think there is an illegal immigration “crisis,”  and 37 percent of voters say it may not be a crisis, but it’s a “problem.”  These are national numbers, but given the swing-state demographic of New Hampshire (The state’s 44-52 approve/disapprove of Trump is a perfect match with the national numbers, for example) it’s likely the feelings about the border issue are similar. 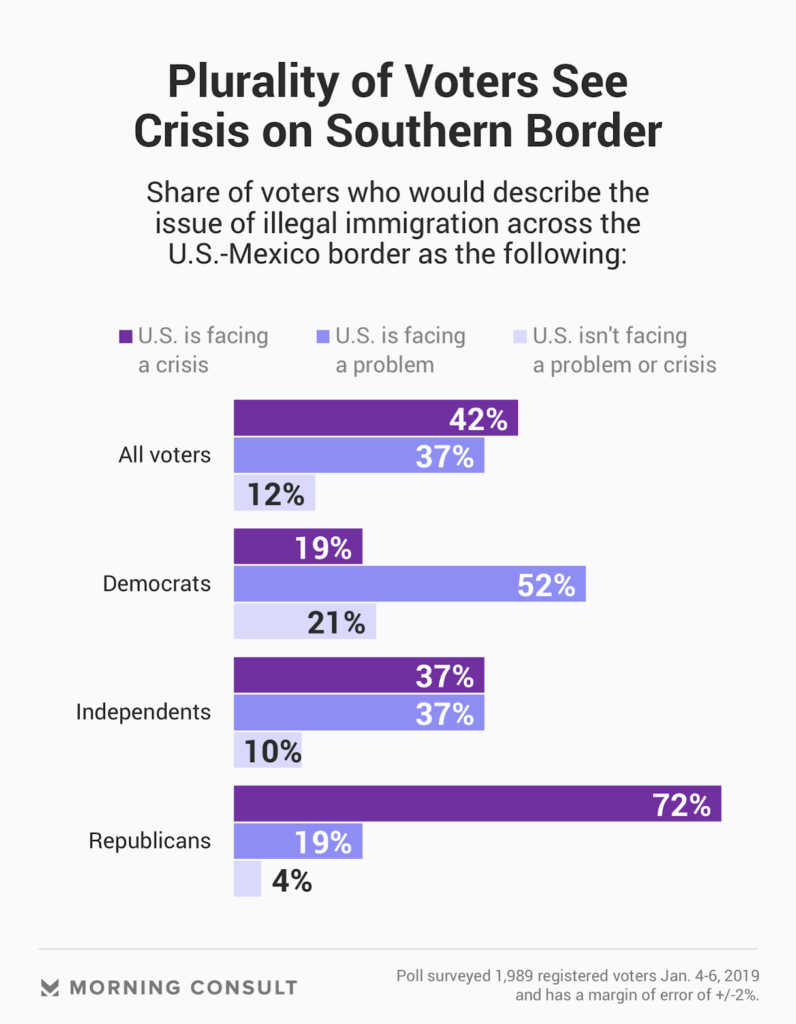 Support for Trump’s wall is softer–44% of voters support building a wall along the U.S.-Mexico border, while 47% oppose the idea–but the Democratic Party’s pro-sanctuary/pro-amnesty position could open an opportunity for a smart, well-funded GOP challenger.