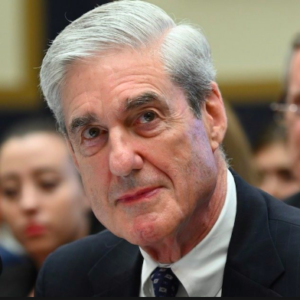 Why Mueller’s Bad Day Is Good News for Jeanne Shaheen

Bob Mueller’s flop of a performance in Congress on Wednesday was the first good political news NH Sen. Jeanne Shaheen has had in a while.

In the past 24 hours, Sen. Jeanne Shaheen’s fellow Democrats have proposed a $640 billion taxpayer-funded student-loan bailout and a $2.5 trillion carbon tax–AKA “huge increases in your heating bills.”  Neither are popular with most voters.

Last week, 95 House Democrats voted to move forward on impeaching President Trump, not over obstruction of justice or Russian collusion, but because some liberals believe he’s racist. Days later, one of the same members of Congress leading that charge also proposed a $20-an-hour mandatory minimum wage. It was promptly endorsed by some Democratic progressives.

And then there’s #MedicareForAll and the Green New Deal…

Sen. Shaheen is a heavy favorite to be re-elected in 2020–her $1.9 million fundraising haul in the past three months certainly doesn’t hurt–but it’s not a lock, as evidenced by the Washington Post including her on the “Ten Most Flippable Seats” list.

What Shaheen doesn’t need is the Democratic brand being pushed so far left that moderate voters start considering a change. For example, a major push to impeach President Trump. Polls show that just one in five voters support impeaching the president at this point, and almost all of them are Democrats.  So-called “swing voters” hate the idea.

Enter Bob Mueller, whose terrible performance before Congress on Wednesday was so bad, even liberal Democrats noticed.

Progressive Newsweek columnist Seth Abramson called him “a bit of a bumbler,” and activist liberal attorney Laurence Tribe confessed, “Much as I hate to say it, this hearing was a disaster. Far from breathing life into his damning report, the tired Robert Mueller sucked the life out of it.”

“Sucked” is right. Which is just what Sen. Shaheen needs.

Mueller’s fumbling, bumbling testimony set back the impeachment movement. As Amy Walter of the Cook Political Report said after the hearing, “Maybe a winner on the Democratic side is Speaker Pelosi and moderates in Congress who are pushing back against a rush to impeachment. They really don’t want to see this, they’d rather talk about healthcare.  I think you’re no longer going to see the number of Democrats supporting impeachment continue to rise.”

Then there’s the calendar issue. With Congress headed out on August recess, the idea of starting the impeachment process six months before the voting starts in the 2020 campaign is unrealistic.  Mueller’s “dud” of a performance was probably a death blow of the impeachment movement.

Once again, Shaheen’s in a strong position for re-election. But nobody knows what Trump’s appearance on the ballot is going to do to turnout here in New Hampshire, and the sort of voters he’s likely to turn out will likely be less-than-friendly to the Alexandria Ocasio-Cortez vision of a Democratic agenda.

Which is why it’s no coincidence that former NH House Speaker Bill O’Brien used his campaign launch to link Sen. Shaheen and her party to AOC extremism.

Impeachment is just one progressive issue that’s far to the left of the New Hampshire electorate. Shaheen will still have to deal with debates over healthcare plans that end private insurance, free health care for illegal immigrants and taxpayer-funded slavery reparations, just to name a few.

But the bad news for Bob Mueller is good news for Sen. Jeanne Shaheen.