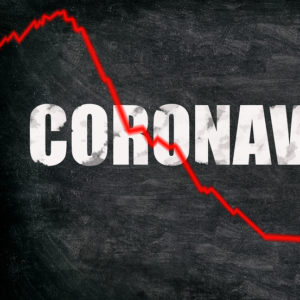 Why the COVID-19 Models Have No Clothes

Give Massachusetts General Hospital (MGH) credit for boldness, if not actual recklessness. It’s trying to do something that has proven to be, thus far, impossible.

MGH has created its Coronavirus Disease 2019 Simulator, “a tool to help policymakers decide how to respond to the novel coronavirus pandemic,” and assesses “the impact of different social-distancing interventions (by varying their intensity and timing) on reduction in the spread of coronavirus.”

It combines “infectious disease modeling and statistical modeling to simulate the trajectory of COVID-19… from March 15, 2020 to August 31, 2020 in the United States.”

On April 24, MGH predicted that if the state of Georgia went through with its plan to lift restrictions, “it can result in over 23,000 deaths.” The day MGH made that announcement, Georgia was averaging 752 new cases a day.

By the middle of May, the total number of deaths was still below 1,500 and the rate of deaths from COVID-19 was declining. Georgia’s average number of new cases had fallen to an average of 241 per day.

In fact, Georgia’s numbers without the lockdown are lower than the MGH simulator predicted with the lockdown.

Since the start of policymaking that addresses the virus, models and simulations attempting to make sense of the pandemic have repeatedly misfired.

A gloomy prediction by Neil Ferguson’s team at Imperial College London — 2.2 million dead from an “unmitigated epidemic,” not including “the potential negative effects of health systems being overwhelmed on mortality” — prompted the White House, on March 16, to recommend that Americans “avoid gatherings of more than ten people” and “work from home, avoid unnecessary shopping trips and refrain from eating in restaurants.”

Dozens of governors, exercising “emergency” powers granted to them by statute, quickly put the force of law behind stay-at-home mandates and the closing of “nonessential” businesses.

But as the Cato Institute’s Alan Reynolds noted, Ferguson’s model “predicted 1.1 to 1.2 million deaths… even with ‘the most effective mitigation strategy.’” It is certain that U.S. fatalities, despite government lockdowns and voluntary changes in individuals’ habits, will come nowhere near seven figures. The now-disgraced U.K. epidemiologist’s best-case scenario could be off by a factor of 10.

Skipping back across the pond, ten days after the White House’s warning, the University of Washington’s Department of Public Health breathlessly trumpeted its forecast — “based on new data analyses” — that U.S. “demand for ventilators … will far exceed capacity for COVID-19 patients as early as the second week of April.” Scary. And wildly wrong. On April 17, National Review revealed that the “ventilator shortages of which we were all gravely warned have not yet come to pass.” (Nearly a month later, we’re still waiting.)

Accuracy has been unattainable at the state level, too.

The Framework for Reconstructing Epidemiological Dynamics (FRED), a simulation overseen by the University of Pittsburgh’s Graduate School of Public Health, offers a depressing example. In late March, it made “frightening predictions about what Pennsylvania residents could face with COVID-19,” hypothesizing “a top one-day peak of 100,000 hospitalizations statewide from infections.”

Once again, reality failed to comport with modeling. The Keystone State’s total number of positive tests — just over 57,000 — is not anywhere near FRED’s peak guess for hospitalizations. More than a third of Pennsylvania’s adult-ICU beds currently have no occupants, and hospitals’ isolation-room capacity surpasses 50 percent.

However, committed data-analytics quants are to their assumptions and algorithms, SARS-CoV-2 poses too many unanswered questions to produce useful models. The true number of infected, the transmission paths of the virus, the nature of mutations and strains, the difference between dying with COVID-19 and dying from COVID-19 — even these basic components of a comprehensive understanding of the virus, remain mysterious.

A recent investigation by National Public Radio concluded that the mobilization of the U.S. Army Corps of Engineers “to build emergency field hospitals around the country” cost taxpayers “more than $660 million.” Yet “nearly four months into the pandemic, most of these facilities haven’t treated a single patient.”

It’s just one expenditure in a vast array of sweeping, and often enormously expensive, policy decisions driven by simulations of the pandemic’s scope and severity.

“Effectively predicting a badly defined problem,” the Brookings Institution’s Alex Engler believes, “is worse than doing nothing at all.”

It’s a fitting epitaph for COVID-19’s many failed models.