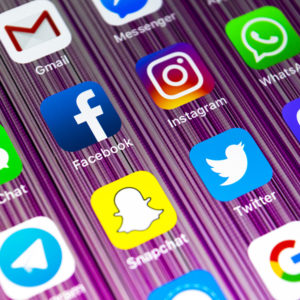 One of the most important celebrities of the last 50 years, who also once happened to be the governor of California, took to Twitter with a compelling message for the Russian people. In a measured yet impassioned nine-minute talk, Arnold Schwarzenegger professed his love for the Russian people, sharing his first experiences with Russians as a teenager. He pulled no punches, delivering a remarkably powerful talk about how wonderful the Russian people are and how they are being lied to — deeply and profoundly deceived — by their own government.

In his next tweet, sent immediately after the first, he tells people that his message can also be found on his new Telegram channel.

For some people, this will be the first time they have ever heard of Telegram. While many will assume it’s a brand-new thing, Telegram has been around since 2013. Founded by Russian brothers Nikolai and Pavel Duroc, who had previously founded VK, a Russian social network, Telegram provides encrypted voice and video calls as well as encrypted “secret” chats.

Yet just as we now know how dangerous TikTok is, there is mounting evidence that using Telegram might be equally dangerous for different reasons. While TikTok is truly insidious software controlled by a massive Chinese company and the Chinese government, Telegram has been exposed to be prone to massive malware problems that can even affect people who don’t use the software.

As Forbes reported last year: “A new security report warns of a growing cyber threat where hackers use Telegram, the instant messaging app with over 500 million active users, as a command and control system.”

So why would Schwarzenegger specifically aim his message at users of Telegram and set up a channel there just for the purpose of this and perhaps future related messages?

It’s because of Telegram’s user base.

Originally intended to be a secret, encrypted safe haven for people who feared Big Tech, over the last year Telegram became the messaging app of choice for extremists. With practically no content moderation and encrypted chats and file (including video) sharing, this software that has been downloaded more than 1 billion times is not what it used to be.

Which is why large numbers of new users joining the platform could be problematic. Michael Epstein, a New Jersey lawyer, reminds us that: “When software companies appear to be an overnight success, onboarding a lot of new users over a relatively short period of time, issues such as privacy concerns are often ignored because of FOMO — the fear of missing out — on what everyone else seems to be using.”

This is really the nature of how software itself becomes viral. The user base spikes around a certain set of events that propel the number of users and use cases for the software. All too often, software that we enjoy and trust — perhaps because a company avows to not be evil — changes without us realizing it. Sometimes we leave when we find out, at other times the software company is good at predicting our lazy user behavior so too many of us remain. The unconscious, almost automatic, element of what we do on the internet is something companies such as Telegram literally bank on. Our willingness to accept things online we otherwise wouldn’t is how very large tech businesses are built.

Earlier this month, Politico asserted that Telegram will be the digital battleground for Russia’s invasion of Ukraine. This should be a scary proposition given how little we know about CEO Pavel Durov and where his allegiances ultimately lie. As noted by Politico, Durov’s “relationship with the Kremlin remains rather ambiguous.” For so much to be riding on a piece of software and a Big Tech leader far too few people understand should give us pause.

What we have learned is that not only did Schwarzenegger hit his target on Telegram, it became part of a broader piercing of the propaganda veil. Celebrities, hackers and even the government are employing tactics that, taken together, play not only an important but a truly essential role in times where the very existence of democracy is threatened.