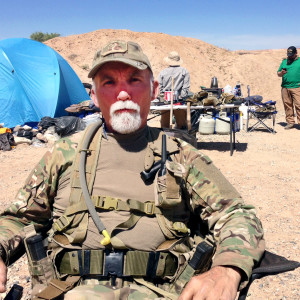 Conservatives in New Hampshire are hoping – if not expecting – a commutation for Granite Stater Jerry Delemus when President Trump releases his list on Tuesday, his final full day in office. Delemus is in prison on a charge stemming from the 2014 standoff at the Bundy Ranch in Nevada.

Sources say the petition asking for Delemus’ release was delivered to the White House, where it has been under review since December. Trump’s advisors, the New York Times reports, has been preparing a list of some 100 pardons and commutations to be released Tuesday. Supporters of the president, and Delemus, hope Jerry’s name is on the list – and have been working hard to get it there.

“My greatest hope is that the president will see him, recognize that Jerry is a good man like General Flynn, deserves to be set free and pardoned fully and sent home where he belongs,” Sue Delemus told WMUR in early December.

A commutation would end Delemus’ sentence nearly three years early. In 2017, he was sentenced to 87 months in prison following his guilty plea, allowing for 16 months time served.

“He made some mistakes, paid the price, and we’re just asking that he is let out, not for a pardon,” NHGOP Chair Steve Stepanek said in January. “It’s time to say, ‘Let’s let him get out.’”

Delemus was the first to be sentenced for the standoff at the Bundy Ranch on charges of conspiracy and interstate travel in aid of extortion. At the time of his arrest in 2016, he served as co-chair of the ‘Veterans for Trump’ arm of the Trump campaign.

The month-long Bundy Ranch standoff in 2014 was the culmination of a decade-long battle between the Bureau of Land Management and the Bundy family, Nevada cattle ranchers, over grazing rights. After federal agents withdrew, the standoff ended. After Delemus’s case, the federal government’s prosecution fell apart due to prosecutorial malfeasance, including hiding evidence from the defense. Delemus asked to change his guilty plea but his request was denied.

Charges against the Bundys were dismissed with prejudice, and courts struck down attempts by federal prosecutors to re-open the case.