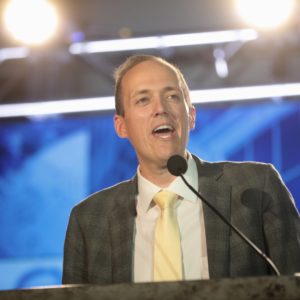 The board of the pro-liberty youth organization Young Americans for Liberty placed President Cliff Maloney and Vice President Justin Greiss on administrative leave Monday following multiple accusations of sexual harassment at the organization, according to a statement released by Chairman Jeff Frazee. The statement guarantees a full, independent, and transparent investigation and promises it’s already underway.

“Let me be clear,” Frazee said in the statement, “misconduct or any violations of YAL HR policies and principles will not be tolerated.”

“I strongly encourage anyone to come forward and report any evidence through official channels,” he wrote. “A full, independent investigation is underway… we will remain transparent about what the process is, and all information will be reviewed carefully and confidentially.”

The board’s decision to place Maloney and Greiss on administrative leave is a stark pivot from the organization’s statement released Saturday. “Recent social media posts attacking YAL, the organization I started, and love, have been brought to my attention. While I have great reluctance to address confidential HR matters publicly, I’d like to share that YAL takes any accusation of misconduct seriously. YAL prides itself on having an HR process that is easily accessible to our employees and student volunteers,” said Jeff Frazee, Chairman of YAL’s Board.

In a Saturday tweet, Cliff Maloney denied any claims made against him, saying that they are “100% false,” and that “serious accusations and misconduct will always be addressed at YAL. Character assassinations against a team of liberty advocates who work around the clock for our cause must stop.”

“YAL will address these issues head-on and begin the process of healing and rebuilding a culture of trust, safety, and accountability,” the official YAL Twitter account said Monday when the statement was released.

The accusations garnered the attention of former U.S. Congressman Justin Amash, who tweeted on Sunday in support of those making accusations. “At a minimum, any investigation should be conducted by persons independent of YAL, and anyone accused of misconduct should be placed on administrative leave pending completion. It will be difficult to rebuild trust, but it will be impossible without a full and fair examination,” said Amash, a leader in the liberty movement.

Several college chapters of the YAL organization also spoke out demanding a thorough investigation, including the University of Tulsa, American University in Washington, D.C., University of New Hampshire, University of Maine, and Florida Gulf Coast University, among others.

The organization, primarily consisting of college students, promotes liberty initiatives and campaigns for small “l” libertarian candidates through its campaign arm, Operation Win at the Door. In tweets on the #YALtoo hashtag, more than a dozen women made accusations and told their stories, alleging that harassment and assault problems were ignored or swept under the rug by Maloney and other top officials. Others directly accused Maloney and Greiss of misconduct themselves, with one woman claiming Greiss accosted her at a hotel bar, grabbed her by the wrist and forced her to touch him inappropriately.