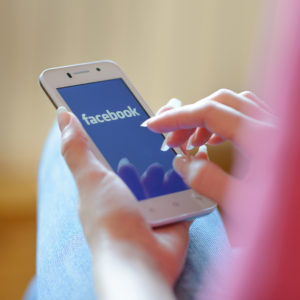 Posted to Technology May 09, 2016 by Giuseppe Macri

A leading civil rights non-profit released a study Monday explaining the benefits to poor and minority consumers of zero-rating — the practice of providers offering certain data streams for free instead of counting it against users’ data caps, a practice net neutrality proponents are pushing the Federal Communications Commission to ban.

The Multicultural Media, Telecom and Internet Council (MMTC), an advocacy organization for poor and minority consumers in communications policy, outlined in a Monday report how zero-rating can influence more consumers in those groups to get online, increasing their access to the digital economy and life-improving services in health and education.

Though free services like toll-free calling, broadcast TV/radio, shipping on Amazon or unlimited video streaming with Netflix have been part of consumer culture for the last 50 years, free data “has come under attack as being contrary to the ‘spirit and the text’ of the FCC’s open Internet regime,” despite the fact it’s “proven to be enormously popular with consumers,” according to MMTC.

“[T]hese views ultimately overlook and dismiss the benefits of free data, many of which accrue most immediately to people of color and low-income households – communities that are benefiting from mobile broadband access in much more profound ways than other user groups because it is more likely that they cannot afford other means of home broadband access,” the study reads.

Zero-rating became part of the mainstream net neutrality debate late last year when T-Mobile turned on “Binge On,” giving subscribers free unlimited data streaming of certain content providers including Netflix, Hulu, HBO, Showtime, Starz, ESPN and more, none of which count against a customer’s monthly data cap. At the same time, the provider reduced all streams on the company’s network to DVD-quality video, whether the edge provider partners with T-Mobile or not.

The service precipitated a backlash among net neutrality supporters, who argue the practice violates the general conduct standard in the FCC’s Open Internet Order by privileging or encouraging the download of certain content. AT&T, Verizon, Sprint, Facebook, Comcast and others have started offering similar services, and the FCC has since opened an inquiry to examine the practice.

MMTC’s report says those arguments ignore the fact zero-rating helps alleviate two major barriers to broadband adoption among poor and minority consumers highlighted by the FCC itself — reducing costs and adding value to those not yet online. Those factors further promote an open Internet for everyone, one of the tenements of net neutrality, the group points out.

“For communities of color, for seniors, for people living on reservations, for young people who are experiencing as much as a 20-to-1 wealth gap, this value value proposition is even more critical as they face the daily struggle of making ends meet,” Kim Keenan, MMTC’s president and CEO, told reporters during a conference call Monday.

“Free data creates an opportunity to close the digital divide,” she continued. “The digital elites have dominated this discussion about what’s right for consumers, and that has to stop.”

Some of the biggest groups behind net neutrality including Fight For the Future, Demand Progress, and Free Press launched a new portal Monday to streamline the process of sending complaints to the FCC about zero-rating specified by carrier. The groups have already sent 80,000 general comments to the FCC on zero-rating, but the agency recently requested comments be directed at certain carriers specifically to facilitate forwarding them to the carriers themselves.

“AT&T, T-Mobile, Verizon and Comcast are trying to sneak past net neutrality rules,” a statement on battleforthenet.com reads. “They’re imposing bogus data caps (with throttling & fees if you hit the cap) and exempting some services from those caps… but not others. It’s just as bad as the fast lanes we fought to stop.”

While it’s not clear where the FCC will come down on the issue, “there’s no question zero-rating fosters adoption among more vulnerable consumers,” Nicol Turner-Lee, MMTC’s chief research and policy officer, told reporters.

Keenan added the groups behind the complaint portal dropped Monday aren’t looking out for all consumers’ interests equally.

“Whoever these consumer groups are they’re basically saying ‘pay for your data,'” Keenan said. “I’m hearing a lot of paternalistic, elitist explanations, I’m not really hearing something that gets to the bread and butter for every day, real Americans.”

Keenan said she previously attended a New America Foundation event where Free Press’ Matt Wood questioned providers’ motives for zero-rating, and whether they should be deciding what content a subscriber accesses for free.

“Is this really free? That’s an intellectual debate that you can make when you have the money to buy whatever digital access you can buy,” Keenan said. “But when you’re somebody where it really is a choice between bread and broadband, this is an opportunity.”