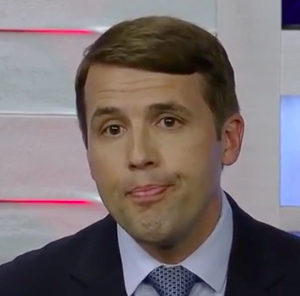 After Months of Silence, Pappas Falls in Line on Impeachment

The only question NH political observers have about Chris Pappas’ announcement that he’ll vote to impeach President Donald Trump is what took him so long?

Sticking with his fellow Democrats was always the smart play for Pappas, one of the 31 Democrats in Congress representing a district Trump carried in 2016. While polls show swing voters tend to oppose impeachment and removal of President Trump — and that opposition is rising — for Pappas there’s simply no upside to breaking with his party leadership and going rogue.

“Voting against impeachment won’t get him a single Republican vote, and voting for it won’t cost him a single Democrat,” one NH Democratic insider told NHJournal. “Pappas was always going to vote this way.”

That certainly appeared to be the case in July when Pappas became the first Democrat from a Trump district to back the impeachment inquiry. It was an unusually aggressive move from the reputedly mild-mannered congressman, one that left some NH Democrats puzzled.

Was Pappas going to aggressively embrace the impeachment push?

Instead, the congressman quickly dropped the subject, refusing months of requests for comment and leaving the impeachment topic out of his public statements and social media, even as the debate raged in Washington, D.C. and on the front pages of New Hampshire’s newspapers.

Sunday night, with the impeachment vote looming and most Granite Staters watching the NFL, Pappas posted a statement on his website announcing his decision.

“I have reviewed the articles and the underlying evidence and testimony very closely. I have heard from constituents on all sides of this issue. Ultimately, this comes down to the facts, the Constitution, and my conscience,” according to the statement. “What the President has done is blatantly wrong, and I will not stand idly by when a President compromises the rule of law and our national security for his own personal political benefit.

“I will support both articles when they come to the floor for a vote. The President abused the powers of his office and obstructed Congress as it sought to put facts on the table for the American people and hold him accountable,” Pappas wrote. “Our nation’s founders created a government with shared powers and co-equal branches of government. They gave us the presidency — not a monarchy.

“They created a system where no one is above the law, even the President of the United States. If Congress does not act in this case where bright Constitutional lines have been crossed, we dishonor the wisdom of our founders and undermine the institutions of our democracy.”

A new Suffolk Poll released Sunday finds that only 41 percent of Americans say House members should vote to impeach Trump. Independent voters, who will determine Pappas’ fate next November, oppose a House impeachment vote by an 11-point margin, 52-41 percent.

The NHGOP and the Trump campaign immediately went on the attack.

“Congressman Pappas has sold his vote to appease AOC, Rashid Tlaib and the extreme left of the Democrat party.  I predict he will be a one-term Congressman because NH voters don’t support a ‘Do-Nothing Democrat’ who has accomplished nothing while in Washington, D.C.”

Other GOP sources tell NHJournal internal polling shows voting for impeachment is unpopular among NH-01 voters, and they believe it creates an opportunity to take back a seat they lost in 2016.

“Chris Pappas just let down all those in the First District who want a Congress that works for them, not for the far-left Democrat base. Coming out in favor of impeaching the President on a Sunday night after weeks of lackluster Democrat circus hearings in D.C. is disgraceful,” NHGOP chairman Steve Stepanek said in a statement. “Congressman Pappas clearly didn’t listen to Granite Staters when making his decision, and voters will swiftly replace him on November 3rd.”

RNC Spokesperson Nina McLaughlin said, “Chris Pappas’ choice to support the impeachment sham is the ultimate betrayal of his constituents. Granite Staters won’t forget that Pappas chose Nancy Pelosi and the socialist squad over them.”

Pappas joins fellow NH Democrat Rep. Annie Kuster in publicly announcing his support for impeachment, and both U.S. senators, Democrats Maggie Hassan and Jeanne Shaheen, are expected to vote to remove Trump from office when the impeachment comes to the Senate floor next year.

Interestingly, even in announcing his decision, Pappas declined yet again to answer the same, simple question: What’s his message to the majority of voters in his district who backed President Trump in 2016 and whose vote he’s now attempting to overturn?

His inability to answer is yet another sign of how tricky the impeachment issue is for swing-district Democrats like Pappas.