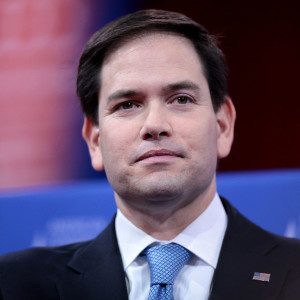 After Paris, Rubio Wants to Put NSA Reforms on Hold

Florida Republican Sen. Marco Rubio on Wednesday announced his support for legislation delaying the expiration of a National Security Agency surveillance program at the end of the month, saying the recent attacks on Paris by the Islamic State, or ISIL, make the program essential to national security.

“The Paris terrorist attacks remind us that no corner of the free world is safe from these savages, and it is our duty to defeat them by any means necessary,” Rubio said in a statement Wednesday. “President Obama still has no strategy to defeat ISIL, and he has been aided and abetted in advancing his dangerously naive view of the world by politicians in both parties who have helped him gut our military and weaken critical intelligence programs to uncover and foil terrorist plots.”

Rubio is adding his support to The Liberty Through Strength Act — legislation dropped Tuesday by Arkansas Republican Sen. Tom Cotton to delay the expiration of NSA’s bulk telephone metadata collection program until 2017, and until the administration can demonstrate its replacement program is equally effective.

“The USA Freedom Act signed into law earlier this year left our intelligence community with fewer tools to protect the American people and needlessly created more vulnerabilities and gaps in information gathering used to prevent terrorist attacks at home and abroad,” Rubio added.

Under the Freedom Act, the telephony metadata program, which sweeps up virtually all Americans’ landline telephone records (including phone numbers, dialed numbers, call durations and locations) and possibly some wireless records, expires in just days, on Nov. 29, when it will be replaced by a program that moves records into the hands of providers and mandates NSA secure Foreign Intelligence Surveillance Court orders to search for specific records.

Cotton’s bill would push that deadline to Jan. 31, 2017, reauthorizing the program’s legal underpinning via Section 215 of the Patriot Act along with two other provisions that expired amid the Senate’s Freedom Act passage fight earlier this summer: the “lone wolf” provision, which gives gives intelligence agencies authorization to surveil targets not affiliated with targeted groups like ISIL, also known as ISIS, and “roving wiretaps,” which allow agencies to surveil multiple communication devices, like “burner” phones, belonging to a single terrorist suspect, instead of getting a warrant for each device.

Cotton, who sits on the Senate Select Committee on Intelligence with Rubio, said Tuesday the Freedom Act “takes us from a constitutional, legal, and proven NSA collection architecture to an untested, hypothetical one that will be less effective.”

Adm. Mike Rogers, director of the NSA, told the committee as much in September, saying unequivocally the program slows down the agency’s ability to respond in the event of a 9/11-style terrorist attack.

Under the new program, Rogers will no longer have the emergency authority to access metadata on a target and respond “in minutes.” Instead the NSA will have to go through the attorney general before seeking the data from a telephone provider — even in the face of an imminent threat.

While much of the debate following the Paris attacks has focused on speculation the terrorists used encrypted forms of communication currently immune to surveillance, some have agreed metadata — which is never encrypted — would be more useful in catching potential terrorists than encryption backdoors, since accessing encryption doesn’t help intelligence agencies identify potential targets themselves to surveil in the first place.

“If you know someone in the U.S. is communicating with someone who is known to be an ISIS terrorist, you already have a lot of information,” Matt Green, a cryptologist with John Hopkins University, said in Politico Wednesday.

The government has had an equally difficult time proving metadata surveillance is any more effective. A federal judge issued an injunction to shut down the program earlier this month based partly on the Department of Justice’s inability to produce evidence showing the program helped thwart a single attack.

The U.S. Second Circuit Court of Appeals also ruled the program illegal under Section 215 of the Patriot Act earlier this summer, but declined to shut down the program ahead of Congress’ expiration date.

Rubio isn’t the only Republican vying for the presidency in 2016 to call for the program’s reinstatement. Former Florida governor and brother to the president who initialized the program, Jeb Bush, said earlier this summer his potential administration would revive the 215 Program.