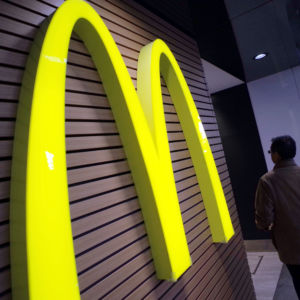 The business community is ramping up its efforts to underscore the dangers of a recently expanded contracting rule ahead of a congressional vote Tuesday intended to reverse it.

The joint-employer standard determines whether an employer is legally responsible for the employees of a company it contracts with. Former President Barack Obama was in office when the standard was expanded to the dismay of the business community. House Republicans could soon kill the update if they vote to approve the Save Local Business Act. The Senate will also need to pass the bill before it can be signed by President Donald Trump.

Industry coalitions and business leaders have fought back against the updated standard since it was proposed roughly three years ago. They have spoken with lawmakers, launched media campaigns, testified before Congress, and supported lawsuits against the update. Their fight has boiled over in the last week with many urging lawmakers to pass the proposed bill.

The National Labor Relations Board (NLRB) first altered how the standard is defined by changing how it ruled on joint-employment cases. An employer used to have direct control over the employment policies of another company. The NLRB expanded the standard to what is known as indirect control.

The business community denounced the updated standard as being overly vague and unreasonable. Business leaders have argued it creates uncertainty while putting employers at an increased risk of legal problems. Nearly 200 trade organizations expressed their concerns in a letter Nov. 6 urging congressional leaders to pass the proposed bill.

“Without a congressional solution, businesses of all sizes will continue to be exposed to unlimited and unpredictable joint employment liability,” the letter, which was obtained by InsideSources, said. “The decision has created immense uncertainty and undermined the relationships between a brand company and local franchise business owners, contractors and subcontractors, and businesses and their suppliers and vendors.”

The U.S. Chamber of Commerce and the International Franchise Association (IFA) were among the industry groups that signed onto the letter. They have been fighting back against the updated standard since the beginning. They also launched an ad campaign Nov. 3 urging lawmakers to pass the legislation.

“Over the past three years, lawmakers have heard from countless franchise owners who need clarity on the joint employer issue so they can open more locations, create more jobs and provide the support necessary for their franchisees to succeed,” Matt Haller, the senior vice president for government affairs at IFA, said in a statement provided to InsideSources. “This ad highlights how legal ambiguity makes it harder for small businesses to expand.”

The National Restaurant Association (NRA) was also among the industry groups that signed onto the letter. The NRA has issued reports to lawmakers and joined coalition efforts against the new standard. Additionally, the association released its own letter Nov. 6 urging lawmakers to quickly pass the proposed bill in order to protect small businesses.

The Save Local Business Act is intended to affirm the earlier definition by clarifying what exactly joint-employment is. The proposed bill also aims to address the many other interpretations that have been applied by federal agencies and courts. The National Retail Federation (NRF) argues that without action retailers will face unlimited and unpredictable threats.

“The Save Local Business Act would establish a commonsense definition of employer under the National Labor Relations Act and the Fair Labor Standards Act,” NRF said in a letter Nov. 6. “Without congressional action, retailers and chain restaurants will continue to face unlimited and unpredictable joint employer threats that slow job creation and entrepreneurship.”

The NLRB has argued the standard needed to be updated so that it better aligned with what the law intended. The Economic Policy Institute argued July 27 that upending the updated standard would make small businesses responsible for business practices often mandated by the large corporations they contract with.

The Competitive Enterprise Institute (CEI), a free-market think tank, has worked alongside the industry coalitions since the start. CEI has released several reports in recent years intended to highlight the potential risks the new standard poses. It also issued a coalition letter of free-market advocates Oct. 3 who believe the bill will help address the problem.