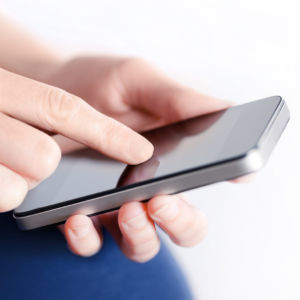 A federal watchdog agency has found a high risk of fraud and abuse in the so-called “Obama phone” program meant to help low-income Americans get phone and internet service.

The Federal Communications Commission’s Lifeline program provides subsidies for low-income Americans to pay for cellphone and broadband service. But according to the Government Accountability Office (GAO), the taxpayer-funded program that shelled out $1.5 billion in 2016 is also paying hundreds of thousands to deceased and unverified subscribers.

A new GAO report has found the program, which in large part is administered by wireless and broadband companies themselves, “is susceptible to risk of fraud, waste, and abuse as companies may have financial incentives to enroll as many customers as possible.”

From June 2014 to May 2017 Lifeline subsidies — collected directly by private telephone and internet companies who participate in the program — went to more than 6,000 people who were already deceased for more than a year, according to data matched between a Lifeline database of subscribers and the Social Security Administration’s Death Master File. Those subsidies amounted to $58,997 monthly and $707,958 annually.

The three-year GAO audit found over 5,500 duplicate subscribers, costing $51,000 per month, or $612,000 annually. At least $1.2 million was claimed annually by Lifeline providers for “ineligible or fictitious individuals,” none of whom have been derolled by the companies providing the services or the Universal Service Administrative Company (USAC), the federal entity charged with overseeing Lifeline and maintaining the eligibility database.

Overall the GAO couldn’t confirm the eligibility of about 1.2 million individuals out of 3.5 million, or 36 percent of the subscribers it reviewed.

Companies participating in Lifeline are largely responsible verifying the eligibility of subscribers themselves. The only direct oversight comes from a federal database they ping for a “yes” or “no” to determine an applicant’s eligibility, based on income level or participation in another federal welfare program like Medicaid. But companies can also override a “no” for reasons that go largely unchecked by the government. Former FCC Chairman Tom Wheeler likened the arrangement in 2016 to “the fox guarding the hen house.”

Wheeler and fellow Democrat FCC commissioners expanded Lifeline in 2016 to include broadband, giving subscribers the choice to use their $9.25 monthly subsidy for wireless or internet service. At the same time, he uncapped the program’s budget. That move prompted Republican commissioners to vote against the plan, citing its history of waste, fraud, and abuse.

Shortly after Republican Commissioner Ajit Pai, now chairman of the FCC, conducted his own investigation into Lifeline. His office uncovered several forms of widespread fraud that lacked agency safeguards, including millions of duplicates and potentially hundreds of thousands of “phantom” subscribers enrolled since October 2014 without being verified in a national database.

Last year the FCC took action against several Lifeline providers for fraud, including one of the wireless providers investigated by Pai. Another marked the agency’s largest fine of a Lifeline provider ever. Shortly after taking the top office in January, he suspended all new applications by companies seeking to participate in Lifeline and later announced a plan to transfer the power to approve new providers to states.

“Last year, I led an investigation into the Lifeline program that revealed serious weaknesses in federal safeguards,” Pai said after the report’s release Thursday. “Today’s GAO report confirms what we discovered then: Waste, fraud, and abuse are all too prevalent in the program.”

Democrats in Congress, many of whom panned Pai’s investigation last year as a partisan attack, agreed the GAO findings were troubling.

“A complete lack of oversight is causing this program to fail the American taxpayer—everything that could go wrong is going wrong,” Missouri Democrat Sen. Claire McCaskill said Thursday. “We’re currently letting phone companies cash a government check every month with little more than the honor system to hold them accountable, and that simply can’t continue.”

Pai said his office is working on more fixes to the program.

“Commission staff and the Office of Inspector General have already been developing recommendations to better safeguard taxpayer funds,” he said. “I stand ready to work with my colleagues to crack down on the unscrupulous providers that abuse the program so that the dollars we spend support affordable, high-speed broadband Internet access for our nation’s poorest families.”

Public Knowledge, a consumer advocacy group that backed the Obama administration’s expansion of the plan, supports a provision Wheeler included in the plan for an independent National Lifeline Eligibility Verifier. The system will take the responsibility for verifying subscriber eligibility out of the hands of the provider and transfer it to a third party, but won’t go live until 2019.