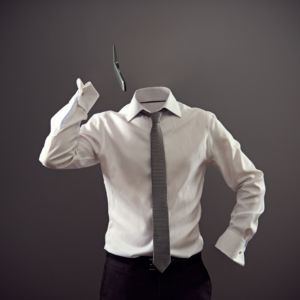 A Federal Communications Commissioner is investigating why wireless providers have failed to enroll hundreds of thousands of subscribers to the government’s low-income phone subsidy program in a database meant to ensure they actually exist.

As part of his ongoing investigation into the FCC’s Lifeline program, Republican FCC Commissioner Ajit Pai sent a letter to the program’s administrator Monday asking how more than 400,000 subscribers were enrolled since October 2014 without being verified in a national database.

The database itself does not automatically verify the number of subscribers claimed by a wireless provider, something USAC only does on a “case-by-case basis” according to USAC CEO Chris Henderson.

“In other words, a wireless reseller may seek federal funds for subscribers who aren’t subject to federal safeguards at all,” Pai wrote to Henderson Monday. “These ‘subscribers’ might be actual customers whose Lifeline eligibility has not been verified through the NLAD. Or they might be phantom customers who do not even exist.”

“In either case, the reseller can get away with receiving federal funds unless they’re caught after the fact,” he said.

One wireless provider, the name of which was redacted in the letter to avoid compromising an ongoing investigation, used the loophole to sign up 31,525 unverified subscribers in May 2016 alone. The same carrier claimed on average 22,325 more subscribers than it reported to NLAD every month since October 2014 for a total of 446,513 unverified subscribers.

A second carrier used the loophole 5,918 times and another six providers combined enrolled a total of 7,601 phantom subscribers. All eight are among the 16 carriers Pai’s office is investigating, one of which has already been fined by the FCC’s enforcement bureau for exploiting a loophole in Lifeline to enroll thousands of subscribers illegitimately.

The letter also highlighted a number of subscribers enrolled in NLAD that carriers were no longer claiming on their monthly enrollment lists to USAC. These subscribers presumably are no longer customers receiving the subsidy. Pai said the discrepancies — as high as 15,931 for one provider — make it easier to mask fraud.

“That is because an unscrupulous reseller could increase its reimbursements substantially without subjecting new subscribers’ to the NLAD’s safeguards,” he continued, “the extra subscribers in the NLAD would mask the fact that the new subscribers claimed on a Form 497 may not in fact be eligible (or may not even exist) and give unscrupulous conduct the aura of legitimacy.”

Pai asked USAC to provide his office with the monthly records from the two carriers with the highest phantom enrollments, the majority of which reside in two redacted states. The commissioner additionally asked USAC to explain why subscribers couldn’t be verified more accurately, how they could be in the future and if USAC is investigating or taking action to recover misappropriated funds to wireless carriers with unverified Lifeline subscribers.

The commissioner asked for a response by Aug. 15.

Phantom subscribers are one of five loopholes Pai’s office has been investigating since the FCC leveled its largest-ever fine in history earlier this year against Total Call Mobile. The provider exploited multiple loopholes to fraudulently enroll tens of thousands of duplicate and ineligible customers in Lifeline.

Republicans in the FCC and on Capitol Hill have blasted the program as a cash cow for unscrupulous wireless carriers since spending and fraud hit an all-time high in 2012. The FCC has since introduced reforms — including NLAD — and plans to implement a National Eligibility Verifier system by 2019 as part of its recent move to add broadband subsidies to the program.