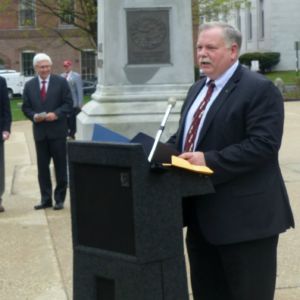 After the New Hampshire Senate passed its version of a state budget last week, it was expected the House would request a Committee of Conference, so it could ultimately have a say in the final budget negotiations. House conservatives, who led the charge to defeat the budget in April, were hopeful that Republican leadership would finally cooperate with their list of demands. Yet, representatives of a conservative caucus were disappointed Tuesday after House Speaker Shawn Jasper appointed none of its members to the conference committee, putting the fate of the state budget in jeopardy.

Acting under a recess rule, the House non-concurred Tuesday with the Senate version of the biennium budget and Jasper, R-Hudson, appointed members to a conference committee.

The conservative House Freedom Caucus criticized the conference committee because its members are “the same House leadership that led the House budget to fail in April.”

“With less than two weeks to go to the final House session, it is critical that the House leadership find a way to work with all of their members. However, the message that the House is sending in these negotiations when they put forth leaders who were so utterly clueless about the budget in April is they are only interested in more of the same. This is short sighted at best,” said Rep. JR Hoell, R-Dunbarton.

For the first time since at least 1969, the House failed to pass a budget on to the Senate. The Senate Finance Committee used Gov. Chris Sununu’s budget proposal as a starting point, but it also took into consideration some of the House Finance Committee’s spending plan. In last week’s Senate marathon budget debate, a trailer bill accompanied the budget to specifically incorporate the failed House budget “for purposes of committees of conference.”

The House Freedom Caucus was instrumental in the demise of the budget in April. The group didn’t like that spending increased over former Democratic Gov. Maggie Hassan’s budget and that the House GOP leadership’s budget lacked tax cuts. If the Freedom Caucus can convince other conservatives or on-the-fence Republicans to jump ship, the budget could die in the House.

“The definition of insanity is doing the same thing over and over again and expecting different results,” said Rep. Anne Copp, R-Danbury, and a member of the House Freedom Caucus.

“By putting the same leadership on the committee of conference that led to a budget that failed by over 85 votes, the state is being set up for having no budget that can pass the House later this month,” she added. “We need a fresh start to begin the processing of a truly fiscally responsible budget, not the same group that offered a reckless spending increase.”

Jasper has not publicly responded yet to the criticisms from the House Freedom Caucus. Last week, Jasper sent an email to caucus members asking to sit down and discuss the budget with them on Tuesday and Wednesday this week.

“It is important at this point in the process that we hear your concerns and find areas where we share common ground,” he wrote. “Ultimately, we hope to be able to reach agreement on the major issues, which would be extremely helpful prior to the state of the budget committee of conference.”

Jasper told WMUR in an earlier story that a conference committee was needed to make passing a budget easier.

“The reason was simply that if the Senate hadn’t agreed to do that [a conference committee], we would have been amending our positions on the budget and…onto Senate bills everywhere possible in order to be able to preserve those positions,” he said. “The Senate realized that to have done it in that way would have made the committee of conference process very, very difficult.”

Yet, conservatives say its unfair to have the failed House budget included in conference committee discussions.

“How can the Senate or Governor even begin to approach a committee of conference knowing that there isn’t much chance that the House conferees can pull together a majority of the body?,” said Rep. James McConnell, R-North Swanzey. “This is a recipe for disaster and is something that we can all see coming.”

If either chamber fails to approve the budget, a continuing resolution to maintain spending at its current levels would likely occur, at least until a full budget is passed. Republicans only hold a slim majority in the House and even a small number of “nay” votes could spell doom for the budget if Democrats also oppose it.

Only one Democrat has been appointed by the House to sit on the conference committee. Democrats in the House and Senate have been critical of the GOP budget, but when it comes time to vote, some could change positions and vote in favor of a budget out of fear that the chamber would come up short again. They could also band together against the budget and watch the Republicans’ infighting, hoping that helps them in next year’s elections.