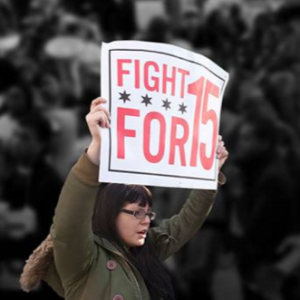 There was a lot for labor advocates to like in D.C. Mayor Muriel Bowser’s State of the District address last month. The Democrat made a surprise endorsement of raising the city minimum wage to $15 an hour by 2020 and talked positively about paid family leave.

But in interviews with InsideSources after the speech, two of the D.C. Council’s leading liberals sounded apprehensive about how the mayor’s planned bill hiking wages would affect their 16-week leave legislation — a proposal to enact the most generous policy of its kind in the country, which Bowser opposes in its current form.

“I’m not sure how the Council will react, to be honest with you,” Council member David Grosso said of Bowser’s wage legislation. “It’s a lot of money, and we’ve been working hard on trying to get a family leave bill, which I think would put people in a better position in the long run than increasing the minimum wage.”

Council member Elissa Silverman, who like Grosso is a political independent and co-author of the leave initiative, also said she wasn’t sure how the mayor’s plan would fare. Moreover, she expressed concern about Bowser and lawmakers adopting an “either/or” attitude on the two progressive priorities.

“We need to raise wages for our families,” Silverman said. “We also need to provide them leave at the most critical time in their lives, when they’re either taking care of themselves or their families.”

When the Council returns from recess next week, all eyes will be on Chairman Phil Mendelson, a Democrat, who decides when the leave legislation gets a markup. He told InsideSources he was “absolutely” supportive of the bill on State of the District night, but said it “needs to be refined.” He’s proposed 12 weeks of leave instead of 16.

On the mayor’s wage proposal, however, the chairman sounded less certain. “I don’t know exactly what she’s proposing,” he said. “I don’t know how that fits in with what we’ve done, where the region is, the efforts to put something on the ballot [as a voter initiative to raise the wage].”

“We absolutely want good wages for those who work in the city,” he added, but spoke about considering the context of burdening businesses.

“This is not something we have to decide next week,” he said in conclusion.

Bowser’s support for a $15-an-hour minimum wage came as a suprise after she resisted the idea last year. In July, when InsideSources asked why the $15 rate wouldn’t be right for D.C., the mayor talked about keeping the city’s business climate competitive with those of adjacent Maryland and Virginia. It’s unclear exactly what changed her view, but Silverman, who put her support for $15 on the record with InsideSources that same day in July, credited activists.

“I think it shows how ballot initiatives can be used positively to impact public opinion and bring political pressure and political will,” she said.

Bowser’s move is certainly a nod to public opinion. In a poll concluded this year by the Washington City Paper and D.C. Vote, just 12 percent of respondents were against the $15 ballot initiative. A whopping 70 percent said they would “definitely support” it, with 17 percent saying they would “probably support” it.

All of this dismays many members of the business lobby, who “are playing defense at city hall” on many issues, according to the City Paper.

The newspaper’s sources “blame the decline in the business community’s weight at the Council with the lack of a coordinated effort tying different industries together.”

In the short term, the generally pro-business Bowser may be their best bet. She used her speech to announce a task force where business and labor will “come together to make sure we are creating a worker and business friendly environment in which we maintain our regional competitiveness.” The group will present a report to the mayor after six months.