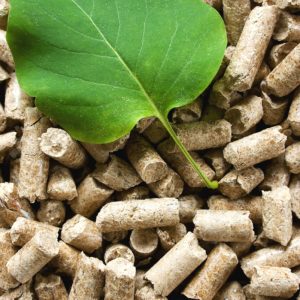 Economic development, forest growth, and climate change were the topics of debate this week at a North Carolina Department of Environmental Quality (NCDEQ) public hearing on the expansion plans of Enviva, the world’s leading producer of biomass compressed wood pellets, for its Sampson County, North Carolina manufacturing facility. Approximately 60 speakers – including local government and community leaders, environmental activists, and company representatives – made their case during the 130-minute hearing at a local community college on Monday.

On one issue – forest growth – the latest data from the U.S. Department of Agriculture (USDA) appears to contradict a key argument advanced at this week’s hearing by Enviva’s leading critic, reporting that forests in North Carolina are growing, not shrinking.

Indeed, the Dogwood Alliance, an Asheville, North Carolina-based environmental advocacy organization, has launched a campaign to deny the expansion of the Enviva plant, arguing that the company and its practices are causing deforestation in the state. “Every year, Enviva devastates tens of thousands of acres of forests across the U.S. South and ships them overseas to be burned for dirty biomass energy — harming our forests, communities and our climate at every step of the process,” said the alliance’s Emily Zucchino in a media statement to The Sampson Independent.

But according to a report from the UDSA’s Forest Inventory and Analysis service, the latest data shows that North Carolina actually gained approximately 150,000 acres of forest land over the last five years (from 2013 to 2018) – now at more than 18.7 million acres of forest land. The data from the USDA also finds that only 7.15 percent of the state’s total timber products output went to biomass like compressed wood pellets. Other segments of the timber industry, including sawmills and pulpwood facilities, account for more than 80 percent of North Carolina’s timber output.

The Sampson County facility currently produces 500,000 metric tons of wood pellets per year. The plant’s impact has been important for the local economy, according to regional economic development commission head John Swope.

A public comment Swope submitted in support of the facility’s expansion argues that it is the commission’s understanding that the permit “will enable Enviva to install additional air emissions control devices…to ensure it is in compliance with all federal and state air quality standards,” while still promoting local economic activity that values of $130 million in tax revenues.

The local newspaper, The Sampson Independent, highlights significant job creation from the local plant, as 90 direct jobs and over 1,200 jobs tied to the plant have been created, in addition to $500 million in economic activity.

The paper offers a message for the activists: “For those coming into the county from elsewhere, to urge that a local industry be denied its proposed expansion and be shuttered, please also bring your ideas for how this county can recruit a nine-digit dollar investment to take its place.”