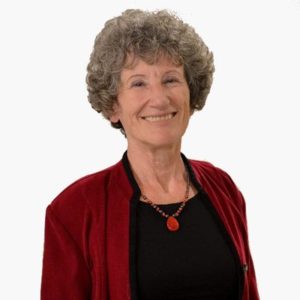 Sen. Jeanne Dietsch hopes the third time’s the charm when it comes to addressing criticism of her comments that some parents should not have access to education choices for their kids because they’re not “well-educated” enough.

When New Hampshire Journal first reported the story, the Peterborough Democrat declined to comment and suggested the news site wasn’t trustworthy — even though the news story included audio of the senator’s comments before a legislative committee.

Dietsch followed up with a Facebook post in which she addressed the charge of elitism by telling a story of working with illiterate parents “on the South Side of Chicago,” an overwhelmingly African-American community. She quoted a colleague saying of these parents, “Honey, they don’t know how to read!”

Then Dietsch acknowledged that she did in fact make the original statement as reported by NHJournal, posting another Facebook statement that reads in part, “Friends, I do retract ‘well-educated’; folks have pointed that it is indeed in the recording; I did not remember saying “well-”. It is a misstatement and a poor choice of words, as shown by people’s reactions.”

On Monday, Monadnock Ledger-Transcript quoted Dietsch offering a not-quite-apology in which she reaffirms her lack of trust in some parents.

“I did misspeak when I said well-educated, I should have said well-informed. I’m sorry that I made people feel like [I said] they were incapable of making these decisions, but that doesn’t change the fact that some students don’t have the support,” she said.

“I made people feel like I said” is, of course, denying that she actually said it. (Click here to listen to her comments.)

What students “don’t have the support?” Presumably the children of the same parents Dietsch has been disrespecting all along.

Some of her constituents still aren’t happy.

“Here is a great example of when someone should have just apologized and the issue would have become nonexistent,” said Kevin Brace of Peterborough. “Instead, you made it worse by trying to blame someone else and telling us all how great you think you are.”

At issue is the “Learn Everywhere” program initiated by the N.H. Department of Education, which allows students to earn credits toward graduation through off-site programs, like working with the Red Cross or at a private business. Organizations wishing to offer credit under Learn Everywhere must apply to the state Board of Education, which would review the proposal and maintain its oversight. Local schools must accept these credits.

“There is a broad consensus that ELOs (Extended Learning Opportunities) are a great opportunity to expand learning beyond the classroom, and to give New Hampshire students valuable hands-on learning that can lead to great careers,” Education Commissioner Frank Edelblut said in testimony last week.

“Learn Everywhere is the next step in New Hampshire’s progress to a world-class, personalized, student-centered education. It is consistent with the principle that academic credit is based on competency. If a student does the work and learns the material, they get the credit.”

“How is the parent supposed to go through these options and do the research necessary to decide, first of all, what is this program, what does it offer, is it really a quality program?” Dietsch asked, yet again suggesting that parents weren’t up to the task of making these decisions.

In a statement from her office to NHJournal, Dietsch said:

“Not every parent should need to be well-informed about hundreds of choices. Homeschooling parents are already doing this. Many other families will rely on schools and teachers to help.

“Learn Everywhere cuts the connections among parents, teachers, businesses and communities that our school districts forge. We need those connections now, more than ever.”

Advocates for Learn Everywhere note that the program specifically creates connections between parents, student and community partners like businesses and nonprofits. The only people “cut out” are the education establishment.

By Gregory Clay on May 10, 2022
Redressing the wrongs of the past … … Especially when the past was misleading. On…
Read More
[IS] Opinions

Lift the Cap on Educational Opportunity in New York City

By Nina Rees on May 09, 2022
When New York legislators return to Albany, they and Gov. Kathy Hochul will have just…
Read More