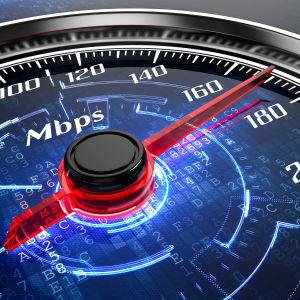 High Tech Forum, TechFreedom, the Center for Boundless Innovation in Technology, the International Center for Law and Economics and the Georgetown Center for Business and Public Policy were among the groups to file amicus briefs with the D.C. Circuit Court of Appeals by Thursday’s deadline, written in support of challenges to the rules by industry lobbying giant USTelecom, AT&T and others.

“The FCC has overstated the benefits even as it ignored the likely costs of Title II regulation to achieve its stated goals of preserving the open Internet,” the Georgetown Center for Business and Public Policy said about the order, passed in February to reclassify ISPs as public utility common carriers — authority designed to regulate against telephone monopolies.

“Worse, it rejected a vast database of economic evidence making clear that Title II will have detrimental effects on the industry and the economy,” the authors wrote.

While the rules prevent ISPs from blocking, throttling or prioritizing web traffic though higher-cost deals with edge providers like Netflix or YouTube, opponents argue they also give the FCC the power to regulate the rates network providers charge for service — power they say will discourage network investment, growth and innovation as a result of regulatory uncertainty.

The economics-heavy brief submitted by Georgetown and signed by 13 economic and regulatory experts, including Bush-era former FCC chief economist Gerald Faulhaber, points out light telecom regulation in Japan and the U.S. over the last 20 years saw significantly more network investment and growth than Title II-style regulated countries in Europe, where an average of 54 percent of homes had access to broadband speeds of 25 mbps or higher between 2011 and 2012, compared to 82 percent in the U.S., according to the Internet Innovation Alliance.

Broadband connections rose from 380,000 in 2005 to 290 million in 2013, Georgetown reports, while service prices fell by roughly 40 percent compared to the overall Consumer Price Index. Broadband investment in the U.S. went from $24.8 billion in 1996, when the Clinton administration’s hands-off approach to Internet was implemented, to $75 billion annually by 2013.

“It is, in short, no coincidence that the explosion of innovation that has come to define the communications sector over the past twenty years overlaps perfectly with the period of light-touch regulation,” Georgetown authors write, citing an earlier center study estimating regulations could reduce broadband investment by 17.8 percent to 31.7 percent per year.

The Center for Boundless Innovation in Technology’s director Nick Campbell said the rules are a breach of the First Amendment in the center’s brief, which alleges ISPs are more functionally equivalent to publishing and mail-carrier entities like the printing press, broadcasters or cable providers than telephone networks.

As such, the center argues, restraining their control over the content they transmit over their networks is akin to infringing on their First Amendment rights — the same way the government is forbidden from regulating the editorial content of the press.

RELATED: Could This Be the Argument That Strikes Down FCC Net Neutrality?

“If rules such as these are not reviewed under the most rigorous scrutiny possible, government favoritism and censorship masquerading as ‘neutrality’ will soon cascade to other forms of mass communication,” the center said in a statement Friday. “The critical distinction is that telephone services are used for private, person-to-person communications whereas broadband providers engaged in the mass dissemination of public speech.”

“Without even looking too deeply into the structures of the Internet and the Communications Act, it’s starkly obvious that the Internet lives in the information service space. The Internet is a virtual, software-based network, not simply a physical network designed to support a single application as the telephone network is,” Bennet said.

“The FCC’s order is an example of a bungling regulator achieving exactly the opposite effect from the one it set out to cause by failing to understand the subject matter. The Internet is capable of being much, much more than it has ever been, but the FCC’s ham-fisted regulatory model will actually cause it to be much less than it is today.”

The FCC has reportedly received thousands of net neutrality complaints from consumers since the rules took effect in June, many of which accuse ISPs of capping users’ data use, slowing their service speeds and charging for exceeding data thresholds.