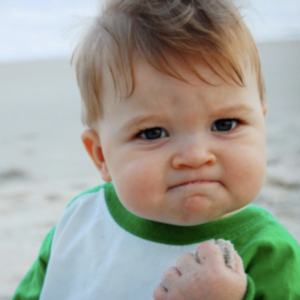 Every Now and Then, You Have to Punch Massachusetts in the Face

In the centuries since its capital was dubbed the Cradle of Liberty, Massachusetts has decayed into a nest of Puritanism brimming with monarchical arrogance and colonial pretensions. Its corrupted culture breeds scolds, meddlers and progressive tyrants with a boundless evangelical zeal to reform — and tax — the great, unwoke masses. And every time they look north to New Hampshire, they see land ripe for colonization.

In 1976, Massachusetts sent tax agents onto New Hampshire’s sovereign (and sacred) territory — our liquor store parking lots — to intimidate its own residents into paying taxes on the “use” of N.H.-bought liquor.

In 2009, Massachusetts tried to force Town Fair Tire stores located in New Hampshire to collect and remit Massachusetts sales tax on tires bought by residents of the Bay State.

In 2018, the U.S. Supreme ruled in Wayfair v. South Dakota that states could collect sales taxes on purchases made remotely in other states, a practice Massachusetts had been striving to pioneer.

Now, in 2020, Massachusetts has determined that it can and will collect income taxes on New Hampshire residents who work from home for Massachusetts-based employers, provided they are working from home to comply with the Bay State’s own coronavirus emergency order.

In each of the cases before 2020, New Hampshire officials fought back.

Gov. John Lynch declared that Massachusetts wouldn’t turn our businesses into its tax agents, and legislators passed a law to that effect.

Gov. Chris Sununu said in 2018: “If they think we are just going to take this without a fight, well then they have another thing coming” and called a special legislative session to protect New Hampshire businesses. Legislators failed to act, only later passing a watered down law, sadly.

But now, the reaction is not nearly so bold. Gov. Sununu announced an investigation, and Democratic gubernatorial candidate Dan Feltes issued a joint statement with Senate Finance Committee Chairman Lou D’Allesandro that reads like a petition to the king from two submissive courtiers.

Feltes and D’Allesandro write that “we respectfully encourage you to withdraw the tax rule change penalizing New Hampshire residents who now work remotely due to COVID-19.”

Respectfully encourage? Massachusetts is reaching over our border to tax our residents’ income. For a state with no income tax, that cannot stand. Things that cannot stand must be stopped, not asked politely to please consider no longer standing.

And any Massachusetts pooh bah who says otherwise can take a swim in the Charles.

Massachusetts’ long history of aggression against New Hampshire’s sovereign territory leaves no doubt about the proper action. New Hampshire needs to punch it in the face and tell it to scram. (Metaphorically, of course.)

No one will defend New Hampshire but New Hampshire. And there’s only one way to do it: swiftly and forcefully.

This article originally appeared on the Josiah Bartlett Center website. Republished with permission.