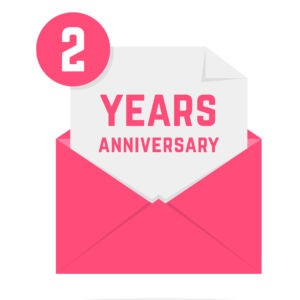 ExxonKnew Case Turns Two, But Is No Closer to Filing Official Charges

According to the hashtag, ExxonKnew, but what it knew and when has doubtless been more complicated than New York Attorney General Eric Schneiderman and his supporters hoped when they first announced their lawsuit against ExxonMobil. This week, the tattered ExxonKnew campaign reached a significant milestone, turning two years old. Since it began in 2015, the lawsuit against ExxonMobil has involved four different legal strategies, led to more than 3 million pages of documents being turned over to investigators on both sides, and has spread into several different states. Despite the large expenditure of time and resources, Schneiderman is no closer to filing official charges against the company.

The idea for the ExxonKnew campaign was first hatched at a 2012 meeting between environmentalists, activists, and scientists. At the meeting, they developed a plan to attack Big Oil using a strategy similar to the one that brought down Big Tobacco. They planned to use racketeering laws to go after oil companies, including ExxonMobil, by accusing them of knowingly hiding information about the harms of global warming.

Sympathetic attorneys general were to play a crucial role in pulling this off, since legal discovery could be used to bring otherwise hidden documents to light. In November 2015, Schneiderman began to pressure Exxon for documents covering more than 40 years of the company’s operations. His original subpoena, which ran for 18 pages, requested documents related to the company’s research into climate change, how it integrated its findings about climate change into its business practices, as well as advertising and marketing materials addressing the climate change issue, and communications with the company’s board.

From that original subpoena, the case only grew, as Schneiderman shifted tactics in an attempt to come closer to filing official charges against the company. Ten months into the case, Schneiderman shifted his focus away from Exxon’s support of conservative think tanks and other groups questioning climate change, towards an investigation of whether the company had defrauded investors. The new approach argued that Exxon mislead investors about the effects climate change would have on the value of its holdings.

Now, two years later, no charges have been filed against Exxon. However, an increasing number of figures from outside of the industry are beginning to question the motives of Schneiderman, former Vermont Attorney General Bill Sorrell, and others involved in the case. Since the case has now stretched over an election cycle, the issue has become even more complex. Sorrell declined to run for reelection in 2016, and in California, Kamala Harris left the office of state attorney general to run for the Senate.

In late April, 11 state attorneys general filed an amicus brief in New York court, calling the case against Exxon an “unfortunate misuse of prosecutorial power.” The attorneys general argued that Schneiderman’s attempt to force the company to release decades worth of documents was an attempt to chill free speech and a witchhunt against the company.

At the time, Schneiderman was continuing his case with the assistance of Massachusetts Attorney General Maura Healey. California also announced that it would begin to investigate whether Exxon lied about climate change risks in its talks with investors. Although the case against Exxon has stalled in court without filing official charges, the broader legal fight continues.

E&E Legal, a a non-profit group engaged in litigation and public education on energy and environmental issues, has sued in several states for additional information about communication between Schneiderman and attorneys general in other states. In Vermont, for example, E&E Legal is in the process of suing former Attorney General Bill Sorrell for emails between his office and Schneiderman which could illuminate whether their offices coordinated lawsuits against Exxon.

Last week, E&E Legal started a new suit against California Attorney General Xavier Becerra, seeking email correspondence between Becerra, his office, and a list of environmental activists. Becerra has taken criticism from both sides of the debate in California. Prior to leaving for the Senate, his predecessor, Kamala Harris, had begun an investigation into Exxon’s awareness of global warming risks. Becerra, to the dismay of Democratic members of California’s Congressional delegation, and the LA Times Editorial Board, has been loathe to take up the issue. Even so, E&E wants more information about any correspondence he might have had with various figures tied to the campaign.

The new lawsuit adds an additional chapter to the ExxonKnew saga, with the potential to increase taxpayer costs yet again. Even after two years, the case does not look like it will come to an end anytime soon. Despite the manhours and taxpayer dollars spent on the case, attorneys general have left the case without getting any closer to filing official charges.

“After two years of harassment and reckless accusations of fraud, the #ExxonKnew campaign has been a complete failure,” says Steve Everly, senior advisor at Energy in Depth, who criticized the campaign for wasting taxpayer money on an investigation that did not lead to filing official charges. “New York’s Attorney General has changed his justification for launching an investigation at least four times, and yet he hasn’t been able to produce a single legitimate charge. People are starting to realize that #ExxonKnew is nothing more than a vindictive political campaign, and they can see that the few attorneys general who were duped into joining it are now facing legal trouble of their own.”

At the two year mark, the case seems no closer to being closed and continues to become both more complicated and more expensive.