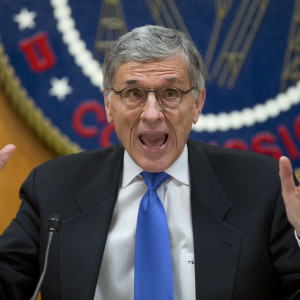 The Federal Communications Commission on Friday published the final opening bid prices for television stations that could go up for sale during the agency’s airwaves reverse auction early next year, when broadcasters will have the opportunity to sell spectrum to wireless providers, feeding Americans’ need for bandwidth heavy mobile services like video streaming.

Broadcasters electing to participate in the auction could see several different bidding price levels depending on whether they want to give up and share spectrum, move from an ultra-high frequency (UHF) channel to a very-high frequency (VHF) channel, from a high VHF to a low VHF or exit the business entirely.

The highest bid listed is for WCBS-TV in New York for $900 million to move off the air. Some 2,000 stations, including Class A low power and noncommercial stations, have been invited to participate.

Broadcasters now know the maximum they could receive for their spectrum should they decide to participate in the unprecedented 2016 auction.

“For potential Incentive Auction participants, today is a watershed moment,” FCC Chairman Tom Wheeler said in a Friday statement. “For all practical purposes, we’ve fired the starting gun: the release of final opening bid prices – combined with the detailed application procedures and other data released yesterday – provides broadcasters with all of the information they need to decide whether to apply to participate in the auction.”

“Stations that miss the December 18th deadline will not be able to participate in this historic auction. Commission staff stand ready to educate and assist applicants as they prepare.”

On Thursday the FCC released a public notice explaining the application procedures for broadcasters and wireless providers intending to participate in the auction when it kicks off March 29.

The agency will release tutorials explaining how the pre-auction process will work on Nov. 17, open the window for applications on Dec. 1 and a bidding and post-auction tutorial on Feb. 29.

Agency officials also released the agenda for the FCC’s open meeting next Thursday, when commissioners will consider new auction rules to address concerns about the potential for interference caused by placing some broadcast TV stations in the “duplex gap” — the airwaves that separate mobile data uploads and downloads.

The provision is a sticking point for Republican FCC Commissioner Ajit Pai, who’s said for months he can’t support the auction until the potential for interference is resolved.

During the FCC’s open meeting in August Pai laid out his grievances with Wheeler’s plan for the auction, including the interference issue, a block of spectrum set aside for bidding exclusively by smaller carriers like T-Mobile and reserving space for unlicensed spectrum devices on channels used by low-power TV broadcasters.

Just the possibility of interference will drive down bidding on spectrum, according to Pai, and reduce the compensation to broadcasters for the airwaves they’re surrendering in the auction.

Pai said Wheeler ignored his ideas and those of fellow Republican FCC Commissioner Michael O’Rielly for addressing those concerns, including offering broadcasters more money to buy more spectrum — reducing spectrum overlap and interference — or moving broadcasters into the uplink portion where they encounter less interference.

Sprint’s announcement last month that it will not participate in the auction should serve as a red flag for the auction’s potential to fail, according to Pai.

RELATED: Pai: Sprint Pulling Out is a Bad Omen for the FCC’s Airwaves Incentive Auction

“Sprint’s decision not to participate in the incentive auction highlights the folly of the FCC’s attempt to pick winners and losers before the auction begins,” Pai said. “It also intensifies doubts about how competitive the bidding will be for set-aside spectrum and whether American taxpayers will receive fair compensation for that scarce public resource.”

Sprint’s announcement was a setback for Wheeler, who needs as much participation as possible the guarantee the auction’s success.

In September Wheeler told the crowd at a wireless conference in Las Vegas he was confident the auction would be “supremely successful,” and that the heads of many of the U.S.’s broadcasters and wireless carriers had already assured him they will likely participate, including 21st Century Fox.

“The broadcast auction offers an incredible opportunity for broadcasters to get a pot of money to innovate in, without losing the business model that they have been so successful with,” Wheeler said at the time.. “The indication that I’m seeing is, we’re going to have broadcasters showing up for this.”