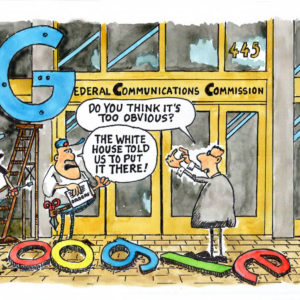 Though President Obama’s tenure is winding down, his administration’s well-documented relationship with Google has grown stronger than ever at the Federal Communications Commission, where an economic think tank says a number of pending regulatory proposals will give the company an edge in the internet and cable markets.

Williams highlighted how a number of passed and pending rules proposed by Wheeler stand to benefit Google in markets the company has yet to even enter, the most recent example being the agency’s “unlock the box” proposal.

The FCC voted in February to advance the rulemaking to compel pay-TV providers to make their video content available on third-party set-top boxes — a move Wheeler said would give subscribers the option to purchase a box instead of renting one monthly from Comcast, DirecTV and others.

“While the goal of AllVid is to ‘unlock’ the content of set-top boxes so that all can compete, the new regulations would upend the way content and programming is negotiated, advertised and delivered,” Williams said.

Wheeler has specifically named Google as one of the potential market entrants should the rules be adopted, and the company has already filed comments with FCC urging the adoption of the rulemaking. At the same time Google asked for a carve-out from privacy standards the FCC is mulling that could limit the company’s ability to gather and monetize data from its boxes.

Programmers and a growing number of bipartisan lawmakers have expressed concern the rules could let third-party box makers manipulate content and advertising on their TV navigation devices, undercutting programmers’ advertising revenues and making their content more susceptible to copyright violation.

“Most of the power over content location and advertising would be in the hands of regulators and not the companies that provide the content,” Williams wrote.

He added the FCC’s efforts to support municipal broadband, which some states have sought to block in favor of private companies, pave the way for Google to buy up taxpayer-funded network infrastructure cheap when those networks fail.

“Provo, Utah is an example of how Google benefits from the failed taxpayer-funded network,” the TPA president said. “Utah taxpayers lost more than $30 million after the city was forced to sell its network to the highest private bidder, Google. The highest bid for Provo’s network was $1. Backed into a corner, Provo officials accepted the deal and taxpayers lost while Google won.”

Google eventually came out in support of what will be remembered as the pinnacle of Wheeler’s legacy at the FCC — net neutrality, which essentially guaranteed Google will never have to pay internet service providers an additional cost for transmitting its burgeoning YouTube traffic downstream to consumers.

The White House has become a vocal proponent of the agency’s more contested regulatory proposals, with President Obama himself calling on Wheeler in late 2014 to adopt strong net neutrality rules (and prodding the agency from behind the scenes according to some reports).

“Since the agency and administration have such close ties to Google, it should be no surprise that the company is one of the few who supports the proposal,” Williams wrote.

Countless examples of those ties can be found throughout President Obama’s two terms. Google was the Obama campaign’s second largest donor in 2012, and on election night in November, Google Chairman Eric Schmidt personally oversaw custom voter turnout software for the president.

Google officials had unusually high-level access to the White House while the company was the subject of an antitrust investigation by the Federal Trade Commission, later dropped despite internal objections at the FTC.

A number of former employees have accepted high-level jobs on 1600 Pennsylvania Ave., including former Google executive and vice president of Google X Megan Smith — now chief technology officer at the White House — and Alexander Macgillivray, a former Google legal counselor who was appointed alongside Smith in 2014.

Williams pointed out Tuesday that Johanna Shelton, Google’s director of public policy, has met with White House officials 128 times since Obama took office in 2009. Overall by this time last year, Google had logged more than 230 meetings with White House staff since Obama became president — an average of one per week.

“In comparison, employees of rival Comcast Corp., also known as a force in Washington, have visited the White House a total of about 20 times since Mr. Obama took office,” the Wall Street Journal reported at the time. 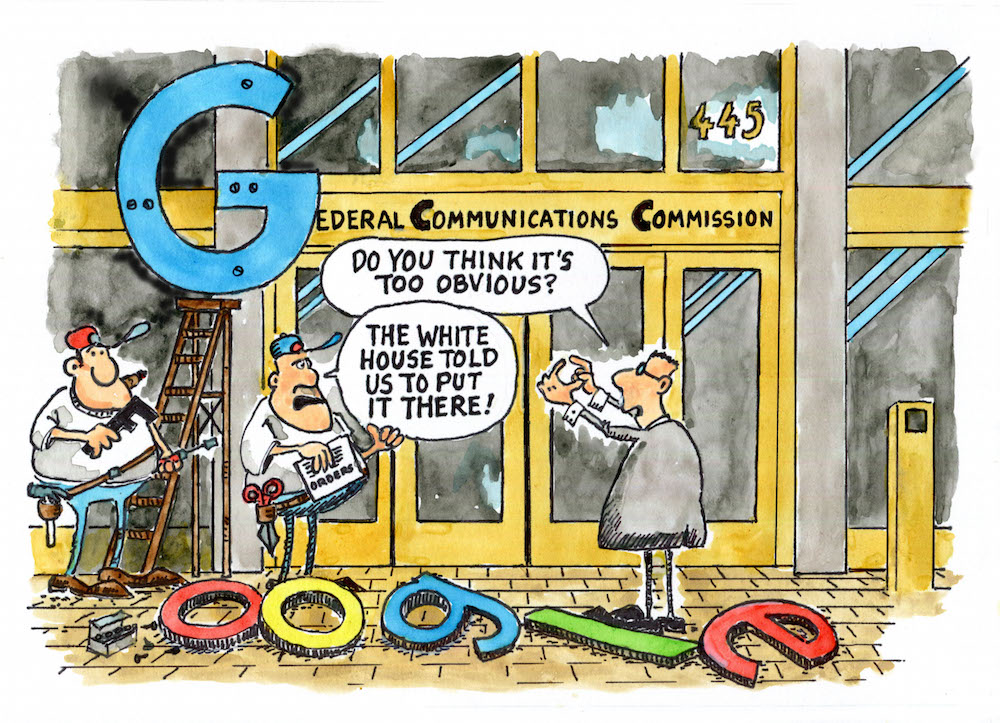