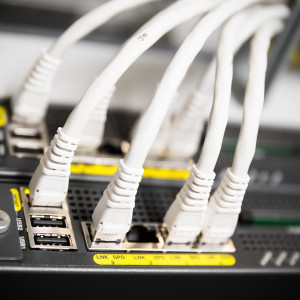 The U.S. House of Representatives advanced a bill Thursday blocking the Federal Communications Commission’s new net neutrality regulations — reclassifying and regulating Internet service providers as public utilities — until all the legal challenges seeking to repeal the rules have been settled in federal court.

The House Appropriations Subcommittee on Financial Services held a voice vote Thursday morning to advance the bill, which funds the agency for fiscal year 2016 and includes a provision barring the FCC from enforcing Chairman Tom Wheeler’s Open Internet Order passed in February.

The Open Internet Order adopted in a 3-2 partisan commission vote earlier this year reclassifies Internet service providers (ISPs) as public utility common carriers — an authority meant to regulate price-fixing telephone monopolies after 1934, and was updated in the 1996 Telecommunications Act to exclude ISPs.

That changed last year after the FCC lost a federal court battle over its first open Internet rules, which the court decided were an overreach of the FCC’s authority over ISPs. As a result of the case and lobbying from content providers like Netflix, Amazon, Google-YouTube, a groundswell of Internet activists and The White House, the FCC passed the new rules prohibiting ISPs from throttling or segregating web traffic, and from brokering higher-cost deals for traffic ‘fast lanes’ with content creators like Netflix, which accused Verizon and AT&T of throttling its download speeds to customers in an attempt to make the company pay more for acceptable service.

If the rules take effect as scheduled on Friday, the new authority will allow the agency to do everything from set government standards for Internet speeds to regulating the connection prices charged from ISPs to content creators to consumers — assuming the rules withstand the legal challenges brought against them by providers and industry lobbyists.

According to the Financial Services Subcommittee provision included Thursday’s version of the 2016 Financial Services and General Government Appropriations bill, the FCC would not be permitted to “implement, administer, or enforce” the net neutrality order until after three of those challenges, brought by U.S. Telecom, Alamo Broadband and CenturyLink, are decided.

“We are disappointed by today’s vote and urge the full House Appropriations Committee to fix this legislation at the next markup,” policy counsel for the Open Technology Institute Joshua Stager said in a statement Thursday.

“As currently drafted, the bill jeopardizes our digital economy by tilting the Internet’s level playing field in favor of entrenched cable and telephone companies. A vote for this bill is a vote against consumers and small businesses, plain and simple.”

The bill, which appropriates $315 million for the FCC in 2016 — $73 million less than the agency asked for to fund a number of changes — also forbids the agency from regulating the rates ISPs charge for interconnection to content providers and consumers. Critics including FCC Commissioner Ajit Pai argue rate regulation is built into the rules, despite Wheeler’s insistence the agency won’t engage in such regulation.

In a final provision aimed at increasing agency transparency, the bill forbids the agency from spending funds to establish new rules unless the regulations are published online within 21 days — an addendum aimed at satisfying lawmakers who lambasted the agency for adopting the sweeping net neutrality regulations before they were released publicly.

Next up the bill moves to the full House Appropriations Committee for a vote that could take place as early as next week. After exiting committee, the bill will go to the floor for passage.

“Congress should forbid the commission from using any appropriated funds to implement or enforce the plan the FCC recently adopted to regulate the Internet,” Pai told the Senate equivalent of the same committee last month during a hearing about the agency’s proposed 2016 budget.

“The implementation and enforcement of these new rules will not only impose significant burdens on the nation’s 4,462 Internet service providers and harm American consumers, they will also consume substantial FCC resources.”

Conservatives in Congress, on the commission and industry representatives have argued since day one of the debate the rules threaten broadband network growth and expansion, both nationally and internationally. A recent argument by an industry think tank suggests they may even be a violation of ISPs’ First Amendment rights.

A federal court is expected to rule Friday whether to stay the implementation of the rules until the courts decide whether to uphold them, or let the regulations go into effect as scheduled on June 12.