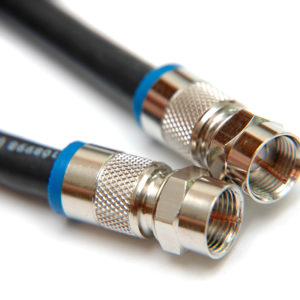 Some House and Senate Democrats combined forces Thursday to give the Federal Communications Commission’s plan to “unlock” the set-top box an extra bump on Capitol Hill, where a growing number of lawmakers on both sides of the aisle are voicing their concerns with the plan to open pay-TV providers video content to third-party devices.

Top billing on Thursday’s event included tech heavyweight Rep. Anna Eshoo of California, ranking Democrat on the House Communications and Technology Subcommittee, and Democrat Sens. Ed Markey of Massachusetts and Richard Blumenthal of Connecticut, both of whom sit on the Senate Communications, Technology, Innovation and Internet Subcommittee charged with overseeing the FCC.

“Today, tens of millions of cable customers have no choice but to pay a monthly fee for the ‘privilege’ of renting a cable box that has changed little in decades,” said Eshoo, who represents parts of Silicon Valley. “Opponents of the FCC’s proposal to unlock the cable box have thrown together a salad of criticisms to derail it and have kept the market locked up for 20 years at a yearly intake of $20 billion. It’s time for innovation and competition in this market so consumers can finally win.”

Republicans and Democrats in both chambers have been putting pressure on FCC Chairman Tom Wheeler to stall the proposal until studies at the commission and in Congress can assess their impact on the market, citing concerns about their potential to disadvantage minority programmers and endanger pay-TV providers’ copyright and advertising control.

“It’s been 20 years since we passed my provision in the 1996 Telecommunications Act to make the set-top marketplace a centerpiece of our telecommunications universe,” Markey said. “We don’t need any more studies to understand the problem – bloated rental fees, nominal choice, and virtually no competition in the set-top box marketplace. The solution is simple: no fees, greater competition and more consumer choice.”

In his defense of the rules, Wheeler has frequently cited Section 629 of the Communications Act, which states the commission “shall” ensure consumers have access to competitive options in the pay-TV navigation device market — a portion of the law Markey helped write.

“The average household is forced into fees of more than $200 a year for set-top boxes – an unjust and unjustifiable expense,” Blumenthal added. “Consumers deserve competitive options in accessing technology and television, not exorbitant prices dictated by monopolistic cable companies.”

The only study the FCC cited in the rulemaking was conducted by Markey and Blumenthal’s offices. Their survey found the country’s biggest cable companies charge the average U.S. household $231 annually in set-top box rental fees, pulling in almost $20 billion every year for providers.

“Increasing the accessibility of streaming content would provide minority programmers assistance in overcoming the barriers such as access to capital and carriage on cable, which has historically kept them from entering the marketplace,” Johnson said.

The former BET CEO added the combination of streaming functionality and pay-TV content on one device “puts all content on an equal footing.”

Clarke was joined by current BET CEO Debra Lee during a press conference in May, where she warned “competitors to cable will get BET programming for free … if the FCC rule takes away our ability to control the distribution of our content.”

Lee said BET could only afford to produce programming with ad revenue a third party device maker could undercut with its own ads.

Potential third-party device makers were also represented. Chip Pickering, CEO of INCOMPAS — a trade group whose membership includes Google — said it was time to dismantle the market for “rent-a-boxes that block both innovation and internet streaming content.”

Wheeler has specifically cited Google as one of the potential market entrants should the rules be adopted, and the company has already filed comments with FCC urging the adoption of the rulemaking. A number of organizations have noted the close ties between Wheeler’s FCC and Google lobbyists.