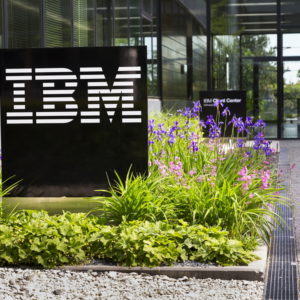 International Business Machines Corp. (IBM) this week joined  a growing list of large media and technology corporations throwing support behind a U.S. Senate online sex-trafficking bill that would penalize companies for enabling the practice, but opponents warn the bill will undermine the internet ecosystem.

Christopher Padilla, IBM’s vice president of government and regulatory affairs, told Senate sponsors of the bill Tuesday that they have IBM’s full support in passing the Stop Enabling Sex Traffickers Act (SESTA). The bill would amend Section 230 of the Communications Decency Act (CDA), a law granting broad immunity to websites from being held liable for content generated or posted by users.

“At IBM, we are technology optimists and believe in the power of innovation to move humanity forward, and to give people the ability to communicate and interact as never before. But we also support appropriate, balanced measures to prevent new technologies and online services from being abused by criminals,” Padilla wrote to Ohio Republican Sen. Rob Portman, the bill’s author, and Connecticut Sen. Richard Blumenthal, one of its Democratic sponsors.

Section 230 was the basis of classified ads website Backpage’s legal defense after CEO Carl Ferrer and executives were arrested and charged with accepting money in the prostitution of minors.

The charges resulted from an 18-month Senate investigation led by Portman and Missouri Democratic Sen. Claire McCaskill that found Backpage knowingly facilitated pimping and child sex trafficking by editing ads to appear less suspicious. Despite overwhelming evidence, both federal and state courts upheld Backpage’s defense, adding Congress would have to amend Section 230 before the websites like Backpage could be held accountable.

Portman’s bill, co-sponsored by more than a quarter of the Senate from both sides of the aisle — would “eliminate federal liability protections for websites that assist, support, or facilitate a violation of federal sex trafficking laws.” The legislation further empowers state law enforcement “to take action against individuals or businesses that violate federal sex trafficking laws,” even absent Justice Department participation.

IBM said the bill “would allow law enforcement officials and victims to take legal action against those who have taken insufficient measures to limit the promulgation and advertising of such exploitative material on the internet.”

“As the National Center for Missing and Exploited Children has noted, there has been a recent surge in suspected child sex trafficking online,” the company said. “IBM believes your bill is an important, necessary and carefully targeted step to address a serious and growing societal problem, and we support its passage into law.”

While large technology corporations without popular, public-facing online platforms such as Hewlett-Packard Enterprise (HP) and Oracle support the bill, some of the biggest tech companies in the U.S. — including Google and Facebook, which boast some of the largest public user groups online — have taken the opposite stance. Those companies along with a large group of digital rights advocates and even Silicon Valley-friendly media outlets say the bill could erode internet freedom by subjecting public online platforms to legal penalties for content posted by users.

The result, they say, will lead to widespread online censorship and an end to free services, like email, which are supported by ad dollars.

Portman challenges that rhetoric, and argues the legislation “only removes protections for rogue online actors that knowingly facilitate and participate in sex trafficking.”

He said in September more companies were silently supporting the bill, and that he hoped more would come forward publicly. Since then, Google-rival Oracle, Hewlett-Packard Enterprise, 21st Century Fox, and the Walt Disney Company have all come out in favor of the legislation.

“There is significant and growing bipartisan support for the Stop Enabling Sex Traffickers Act, and we are pleased that IBM has added its important voice to this effort,” Portman and Blumenthal said in a joint statement. “We have a responsibility to hold online sex traffickers accountable and ensure that trafficking survivors can get the justice they deserve. This narrowly-crafted bill would accomplish that goal. It’s time for the Senate to act.”

There’s already a companion bill in the House of Representatives from Missouri Republican Rep. Ann Wagner. Wagner’s bill, the Allow States and Victims to Fight Online Sex Trafficking Act of 2017, would take away Section 230 protection for online entities engaged in “knowing or reckless conduct . . . that furthers or in any way aids or abets” child sex trafficking, gives states the power to enforce federal laws, and lets victims sue violators for civil restitution.