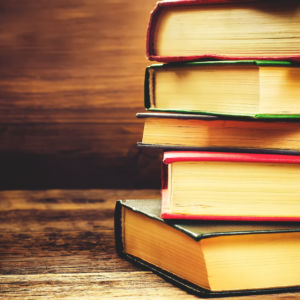 Fifteen states are in the final stages of submitting—or have already submitted—their educational accountability or ESSA plans to the federal education department for approval. The largest state to submit a plan, Illinois, oversees the education of over two million students in grades K-12.

Under the new educational law of the land, the Every Student Succeeds Act, or ESSA, states and the District of Columbia are given much more leeway than before in how they use federal dollars to manage schools. In crafting the bipartisan law, Democrats pushed for “guardrails” to ensure that Washington would retain some oversight power.

Among the limits on state authority written into the law is a provision that requires states to submit their ESSA accountability plans by April 3rd, or September 18th, of 2017. Reportedly, nine states and the District of Columbia have already submitted their ESSA plans, and another six have largely finalized their plans but are taking advantage of a short month-long extension to formally submit.

Notably, Ohio’s work toward an April ESSA submission was derailed by grassroots anger over their plan’s contents. A recent visit to a New York ESSA planning session suggests that there is wide concern in a variety of states among activist parents and teachers that their views are not being reflected in the proposals put together by state education policy makers.

The Illinois state education agency has not managed to avoid having similar criticisms lobbed in their direction. Local reports suggest the teachers unions in the state are unhappy with some of the final decisions written into the plan.

One of the key points of contention in ESSA plans across the nation, is whether states should be tagging schools with a single summative label. Proponents say that giving a school or a district a single summative marker, like a letter grade, allows parents to easily discern school quality at-a-glance. Opponents argue that using one summative marker often fails to capture the full context a school operates in, and tends to punish schools that service disadvantaged students.

Another section to look for in a state’s ESSA plan is which indicators are chosen to determine school quality for accountability purposes and how much weight each indicator is given. While previous federal policy forced states to hold schools accountable by the number of students who reached proficiency in English or math at their grade level, a growing number of states, like Illinois, are taking advantage of ESSA’s flexibility to measure achievement through student growth.

Though the proficiency vs. growth debate has its tradeoffs, backers of growth measures argue that unlike summative school tags, growth measures do a better job of evaluating schools that operate in adverse social and economic contexts. This is arguably because under growth measures, schools are more likely to get credit for academic improvement among low-performing students who might not be able to make it all the way to a state’s proficiency benchmark.

In addition to a greater emphasis on growth, Illinois officials are also still looking at more traditional academic measures—like graduation rates and SAT scores—to evaluate the academic performance of its schools. The academic indicators selected by Illinois are to count for 75 percent of a school’s quality measure in the state.

State education officials decided that the remaining 25 percent of school quality is to be calculated by nonacademic indicators, (the incorporation of nonacademic indicators in school accountability is new to ESSA). Many states have struggled to choose between measurements like chronic absenteeism, school climate surveys, or teacher retention rates.

Illinois’s ESSA plan ambitiously hopes to get schools to focus on multiple nonacademic indicators at once. In addition to measuring chronic absenteeism, schools will also be evaluated on school climate surveys and whether students are earning credits at an appropriate pace (whether they are “on-track”). Though the provision won’t kick in until the 2021-2022 academic year, “fine arts” programs will also be counted toward school quality.

A summary of the Illinois ESSA plan is available here, while the full version can be read here. Under new leadership in Washington that values the independence of state officials to make educational decisions, the education department is expected to approve most or all of the state plans that get submitted.