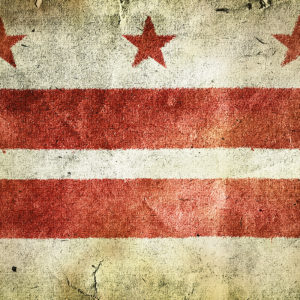 Traditional public schools and public charters will be evaluated under the same accountability framework according to a Washington D.C. ESSA plan that was approved for submission to the federal education department by a 6-3 vote earlier this month.

Though its not a “state,” Washington D.C. has a nine-member State Board of Education tasked with overseeing the local schools in the nation’s capital. Under the federal Every Student Succeeds Act (ESSA), the education board is required to submit a school accountability plan for federal oversight purposes. Despite Congress’s recent move to de-fang the federal education department’s power to regulate these state-level plans, reading the ESSA plans gives insight into a jurisdiction’s long-term educational goals.

For a state level agency, D.C.’s education board has a uniquely large charter-school sector to manage. While the traditional school system enrolls a majority of students, (about 47,000), a sizable minority, (about 42,000), are enrolled in public charter schools, which are typically granted more regulatory autonomy.

Under the Washington D.C. ESSA plan, both types of public schools will be rated on a summative one-to-five-star scale, which supporters say will allow parents to easily compare schools at-a-glance. The plan states: “Having a common, statewide STAR [School Transparency and Reporting] system will provide unprecedented public clarity and transparency into school performance in a multi-sector system.”

Despite facing many of the same challenges of other large majority-minority and economically disadvantaged urban school districts, D.C.’s public schools have made some major improvements in recent years. In the past three years, the District upped its four-year citywide graduation rate from 61.5 percent to 69.2 percent, according to District statistics. Over the next twenty years, the education board aims to have that number up to 90 percent, and to eliminate gaps between racial groups.

The Washington D.C. ESSA plan also aims for racial equity in student test scores. The plan wants to see the achievement gap halved in the next 10 years, and fully bridged in the next 20. By that time, the 2038-2039 school year, the district also wants 85 percent of students to meet reading and mathematics test score benchmarks that less than a quarter of students are currently hitting.

The District’s emphasis on testing in the ESSA plan did not go over well with some of the education board members. The three members who voted against the plan penned an op-ed in the Washington Post hitting their colleagues for crafting a proposal that they say failed to take advantage of the new freedoms awarded to state and local levels of government under ESSA. Their objections are similar to those raised by superintendents in Ohio, who succeeded in getting their state plan delayed over testing concerns.

While D.C.’s accountability system at the high school level would not mark a major departure from the high-stakes testing that drew fire during the No Child Left Behind Era, the system would reward elementary and middle schools for showing “growth” over time toward proficiency standards. These new metrics, different from simply looking at what percentage of students hit proficiency benchmarks, is seen by many as a fairer measure of school quality for schools with more disadvantaged or historically marginalized students. The plan leaves an opening for installing similar growth measures at the high school level in the next three years.

ESSA also requires states to develop a non-academic school quality indicator that counts toward the school evaluation system. Like Ohio, the District is planning to focus on cutting rates of chronic absenteeism, over the objections of the dissenting board members that wanted school climate surveys. Backers of chronic absenteeism measures, however, argue that the reforms needed to make sure students are in class often result in improved school climate indicators as well.

Now that Ohio has decided to hold back its plan, the District will join an estimated remaining 16 states in formally submitting their ESSA plans on April 3rd. All other states are facing a September 18th deadline.