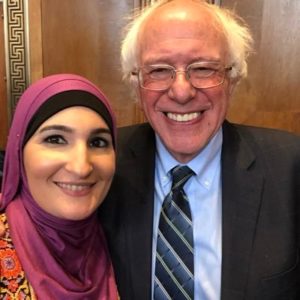 In Wake of Attacks, Will NHDems Confront 2020 Candidates on Anti-Semitism Issue?

When a knife-wielding attacker stabbed five people at a Hanukkah celebration in New York on Saturday, New Hampshire U.S. Senator Jeanne Shaheen joined the chorus of politicians denouncing the incident. “The heinous anti-Semitic attack in Monsey is the latest in a series of hateful assaults during Chanukah this year and underscores the urgent need to root out anti-Semitism & all forms of hate, wherever it exists,” Shaheen tweeted.

But just two weeks earlier, when infamous Rep. Ilhan Omar was a keynote speaker at a high-profile Democratic Party event in her home state, Shaheen was silent. Omar, a Minnesota Democrat best known for anti-Semitic comments so egregious they were denounced by her fellow Democrats, was in New Hampshire to campaign for Sen. Bernie Sanders. Not a single Granite State Democrat objected to her appearance, two days after a deadly anti-Semitic attack in Jersey City, N.J.

Interestingly, neither did any of Sanders’ 2020 presidential competitors, despite what can only be described as the Vermont senator’s problematic relationship with the anti-Semitic left.  (Former Massachusetts Gov. Deval Patrick also participated in the New Hampshire rally with Rep. Omar.)

One of Sanders’ campaign surrogates, Linda Sarsour, is also an outspoken supporter of notorious anti-Semite Louis Farrakhan. Sarsour’s comments on Israel and the Jews are so troubling that several Jewish groups including the American Jewish Congress asked Sanders to drop her from his campaign.

Sanders has thus far refused, even after Saturday’s anti-Semitic violence.

Another Sanders’ surrogate, Rep. Rashida Tlaib (D-Mich.) has her own issues. As Noah Rothman writes in Commentary Magazine: “The congresswoman has made absurd and callous claims about the Holocaust, shared anti-Semitic artwork online… and blamed the massacre of Jews at a Jersey City kosher market on ‘white supremacy‘ (the alleged perpetrators killers in fact associated with the hate group Black Hebrew Israelites).”

Meanwhile, two of Sanders’ current top campaign employees were involved in an anti-Semitism scandal when they worked for the Center for American Progress in 2012. Another Sanders staffer was fired just weeks ago over tweets referring to “Jew money.” And Sanders went out of his way to endorse Jeremy Corbyn in the recent British elections, despite the Labour Party leader’s well-established anti-Semitism problem.

With the recent surge in anti-Semitic violence — Saturday’s attack was “at least the 10th anti-Semitic incident to hit the New York/New Jersey area in just the last week,” according to Anti-Defamation League CEO Jonathan Greenblatt — some in the Jewish community are outraged by Sanders’ continued embrace of these problematic allies.

“In the wake of a slow-moving pogrom, Americans need to hold our officials and candidates accountable,” Bethany S. Mandel, editor at Ricochet.com told InsideSources. “Democratic primary voters cannot support a man who will associate himself with known anti-Semites. This is a critical juncture in the history of our nation. Who do we want to be? Do we want to continue to be a safe haven for Jews or is a 78-year old socialist and his contemptible campaign surrogates more important?”

And yet most Democrats remain silent.  If nothing else, the anti-Semitism issue would appear to provide an opportunity for Sanders’ 2020 opponents to slow his campaign’s new momentum. Sanders has received a surge of press coverage suggesting he’s a far stronger candidate than pundits once believed, and he’s currently at the top of the polls in New Hampshire. Why wouldn’t, say, fellow progressive Elizabeth Warren, raise the anti-Semitism issue on the campaign trail?

“Democrats just aren’t comfortable talking about it, going back to Rev. [Jeremiah] Wright,” a Democratic strategist told InsideSources. “They think of it as a right-wing issue Republican use against Democrats, and they don’t feel a lot of pressure from Democrats.”

During the 2008 primary, then-Senator Barack Obama was confronted by the fact that he spent 20 years attending Rev. Wright’s church where — according to both recorded sermons and published material — the pastor spread extreme racist and anti-Semitic teachings. Wright said “Zionist Jews” were worse than Nazis,  published an article in his church bulletin claiming Israel and South Africa had built an “ethnic bomb” that only killed black and Arab people, and that he couldn’t speak to Obama once he was in the White House because “them Jews ain’t going to let him talk to me.” 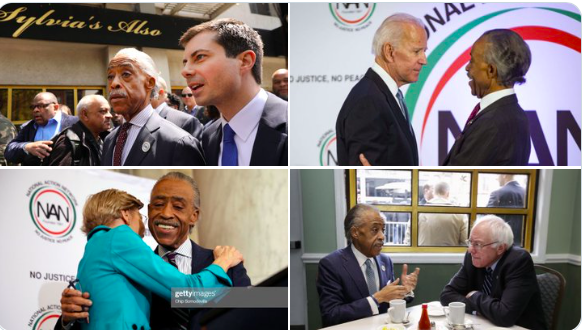 Sanders, who is Jewish, issued his own statement condemning the knife attack in Monsey. “We must confront this surge of anti-Semitic violence, prioritize the fight against bigotry, and bring people together — instead of dividing people up,” he tweeted. Sanders also complains that the charge of anti-Semitism directed at the left is “a cynical political weapon used against progressives.”

And more broadly, Democrats defend their party by pointing to what they say is the stoking of bigotry and hatred by President Donald Trump, in particular his ambivalent comments in response to a white supremacist march in Charlottesville, Virginia in 2017 where some chanted “Jews will not replace us.”

But attacking Trump — arguably the most pro-Israel American president whose Jewish son-in-law is a key advisor — isn’t the same as explaining the Democratic Party’s silence on anti-Semitism among their political allies. In the past, the problem has simply been shrugged off. Democrats didn’t talk about it and the media have largely focused on anti-Semitism that could be linked to the political right.

With this surge of violence just weeks before voting begins, could 2020 be the year Democrats are forced to confront the anti-Semitism question?