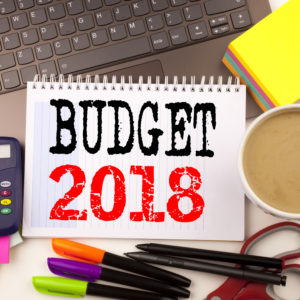 Several actions were taken this week by the Iowa Legislature to address the impending fiscal year 2018 budget hole of approximately $34 million. This is the second year in a row that the annual budget has been short mid-year, and has required intervention by the legislature. Both shortfalls have been due to lower revenues than estimated by the Revenue Estimating Conference (REC) in fall of 2017.

The Senate, after passing its initial $54 million in cuts through the Appropriations Committee, amended the deappropriation bill today in a floor debate, before passing the new budget by a margin of 29-21, along party lines. The new budget has a net deappropriation of approximately $32 million, plus a reallocation of $10 million from the Iowa Skilled Worker and Job Creation Fund and $750,000 from Iowa Tourism.

Chair of the Senate Appropriations Committee Charles Schneider (R-District 22) said that after speaking with department heads and constituents across the state, that the committee was able to reduce its costs. Schneider said that as this was the second time the legislature had to make mid-year cuts, that the state needs to examine its spending problems.

“Different people have different ideas as to why this is,” Schneider said. “But let’s peel back the spin and accept this and acknowledge this for what it is. It’s a spending problem. At the end of fiscal year [2013] we had a budget surplus approaching $1 billion. In the years since then, budget spending increased faster than revenues came into the state. This left us with a series of budget deficits that we were able to cover with the billion surplus that kept rolling over year-to-year. Last year however, that surplus disappeared.”

Democrats in the Senate and House have argued that since 2013, tax credits to companies such as Microsoft, Apple, and Facebook have cut down on the amount of revenue the state could be taking in.

An Iowa House of Representatives subcommittee released its edition of fiscal year 2018 budget deappropriations, one day prior to the Senate’s vote, recommending approximately $24 million in cuts, with a $10 million reallocation from the Iowa Skilled Worker and Job Creation Fund, for a total approximate reduction of $34 million.

Each of the chambers’ plans are also accounting for an anticipated $11.2 million revenue influx from taxes after federal tax reform, resulting in Governor Kim Reynolds recommending a total of $27 million in cuts.. Iowa’s federal deductibility program means that Iowans can deduct their federal taxes from state taxes.

Because of federal tax reform, Iowans will have more liability to the state, resulting in a tax increase for Iowans. Director of the Department of Management Dave Roederer said that the state will only need $19.4 million in adjustments for the remainder of the year to cover the shortfall, accounting for federal deductibility.