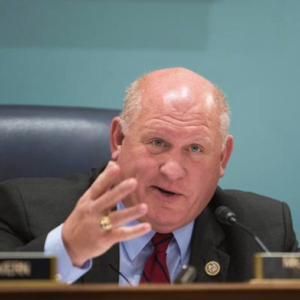 “The American People Are Ready for a Win,” Says Lawmaker Pushing CTE Bill

Rep. Glenn “GT” Thompson, R-Pa., has made Career and Technical Education, or CTE, one of his top issues during a nearly ten-year tenure in the U.S. House of Representatives. The law that regulates key federal CTE programs was last updated before Thompson came to Washington, back in 2006, and has been awaiting reauthorization for five years.

Thompson’s bill to update the Carl D. Perkins Career and Technical Education Act passed through committee unanimously on Wednesday and is expected to get through the full House of Representatives with bipartisan support. A similar measure, also introduced by Thompson, made it to the Senate last year before withering on the vine in the wake of a heated campaign season. Thompson predicts this year’s push will be successful, in part, because the political maelstrom enveloping Washington has Congress and the White House hungry for a legislative success.

“The American people are ready for a win, and you can’t get a better win than providing greater access to job training,” said Thompson during an interview with InsideSources in his Capitol Hill office. “You lift people out of poverty. You get people off of welfare that feel like they are stuck there.”

CTE programs around the country prepare teenagers in K-12 schools, post-secondary students, and even adult learners with the applied skills necessary to quickly find work. Rather than traditional academic subjects, which focus on broadly applicable subjects like math, science, or reading, local CTE programs are often tailored to an area’s economic needs. In Thompson’s district, in rural northern and western Pennsylvania, that might mean training engineers capable of operating sophisticated machinery used for fracking natural gas, while in Silicon Valley, it could mean high-tech “boot camps” to train coders.

Nationally, there are millions of high-paying job openings that companies cannot fill because the labor force lacks the necessary skills. This “skills gap” hurts the economy and wastes the valuable human capital of unemployed or underemployed Americans that could fill the positions, according to CTE proponents like Thompson.

“I view Career and Technical Education as incredibly important rungs on the ladder of opportunity—and we’ve had some of those rungs that have been removed,” he said.

Curiously, the ample economic opportunity available in skilled blue-collar professions has not been enough, on its own, to entice a sufficient number of workers to forgo traditional four-year degrees. Thompson said that this has to do with longstanding cultural stigmas and prejudices against CTE that go back decades, and are partially a result of misguided messaging from power-centers like Washington.

“Government has had this mantra—in a misleading way—that said the only way to be successful in life is that everyone goes to a four-year-plus college and gets a degree. That’s just not true today,” said Thompson echoing remarks made by Education and Workforce Chairwoman Virginia Foxx, R-N.C., at the American Enterprise Institute on Tuesday. Thompson also noted that the rising cost of getting a traditional diploma is helping students come to that realization on their own.

“How do you launch into a successful life as a young person after earning your degree when you literally have a student debt that is probably the size of my first mortgage?” he asked. Thompson said he has met people who have gone into debt to earn a bachelor’s degree only to then re-enroll in a CTE pathway for lack of job opportunities.

While the messaging problems surrounding vocational career paths are difficult to solve legislatively, Thompson’s bill does make some tweaks to the structure of how federal aid to local CTE programs is managed. According to Thompson, his proposal lessens the planning burdens put on states as they craft plans for how their Perkins money will be used while also giving them and localities more decision-making power. Increasing local control will hopefully make CTE programs more nimble so educators can better forge partnerships with area businesses or otherwise adapt their offerings to the job market in their area, said Thompson.

One of the only points of contention in his proposal, which sank the legislation’s chances in the Senate last year according to some, are the constraints put on the secretary of education’s power to intervene or shape state CTE plans. Thompson says he would be “shocked” if that were an issue this time around, arguing that the proposal should be non-controversial.

Other bipartisan legislation like the far-larger Every Student Succeeds Act that passed in 2015, devolved power along similar parameters, he said. Some of the good-will in the congressional education committees built up during ESSA’s passage has since burned up, however, over bitter party-line votes during the DeVos nomination and during successful efforts to repeal Obama-era accountability and teacher preparation regulations.

Nevertheless, Thompson believes the pro-jobs message attached to his bill, and bipartisan praise in the House’s education committee, will ultimately lead to its passage.

“We’re going to change lives with this piece of legislation, and quite frankly Congress is ready for a win, the President is ready for a win—something we can all do together—so I’m hoping and trusting in the Senate,” he said.