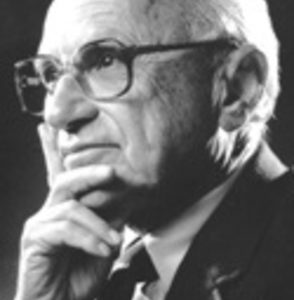 Universal K-12 education should be publicly financed, but not publicly administered, say many of today’s educational reformers approaching the issue from the ideological right. Such proposals that aim to increase accessibility to educational options for all students have set off charged political debates as the school choice movement has picked up national momentum. Despite internal disagreements over whether school choice should be promoted at the state or federal level, or whether vouchers or tax-credit savings accounts should be employed, conservative free-market thinkers mostly agree that the current public school system is operating inefficiently.

The theoretical basis of the conservative school choice consensus is rooted in an essay published over sixty years ago by the Nobel-prize winning economist Milton Friedman. In addition to laying out a free market-driven vision of universal public education, Friedman’s 1955 article “The Role of Government in Education” also anticipates many of the theory’s potential weaknesses and the objections that opponents continue to voice today as more states adopt school choice reforms.

While Friedman’s thinking drifted to the right over the course of his long career in the public eye, an underestimated legacy of the economist’s work is the impact his writings on education have had on the political left. One possible reading of Friedman’s early article on school choice and vouchers places his thinking in line with the Obama administration’s policies on public charter schools and other forms of state-regulated choice. One could make the argument that some conservative proposals for deregulated school choice initiatives are in tension with Friedman’s early writing on the topic, and that moderate groups, or even some liberal groups like the Center for American Progress, are behind policies closer to parts of his early theoretical framework.

Friedman began his essay with a full-throated defense of the importance of universal general education for all young people. He argued that an educated populace creates ancillary benefits for communities: a society of good citizens. The key distinction for Friedman is that just because education should be publicly financed does not mean that it should necessarily be publicly administered. In his essay, Friedman laid out an early rationale for issuing publicly-backed educational “vouchers” that families could redeem at the public or private K-12 school of their choosing.

“Parents would then be free to spend this sum and any additional sum on purchasing educational services from an ‘approved’ institution of their own choice,” he wrote.

The advantage to such an approach, according to Friedman, would be the introduction of free-market principles into a staid education system that was (and still is) predominately run by government. By letting parents choose freely among educational providers, in theory the best schools would attract the most students and expand, while subpar institutions would lose students and revenue, and would eventually whither away. In this way, the school system would improve overall through competition.

Or as Friedman argued: “Government would serve its proper function of improving the operation of the invisible hand without substituting the dead hand of bureaucracy.”

The key questions, both for Friedman at the time and for school choice backers today, center on how much government regulation should be involved in picking out “approved” K-12 schools. Should religious private schools be included? Should participating private schools be allowed to discriminate on the basis of family income or race? Would a hands-off approach to regulation create social stratification? How would the system be administered to prevent waste, fraud, and abuse? Would the proposed system work in rural areas where low population densities might not support school choice?

While Friedman acknowledged each of the above as valid concerns, he argued that none should be used to prevent government from seeking to expand a parent’s freedom to choose among educational providers for their children. When weighing whether private religious schools should be approved to accept publicly-funded vouchers, for example, Friedman acknowledged the difficulty of balancing an economically-disadvantaged parent’s right to choose their child’s educational path (like their wealthier peers), against the risks associated with using public funds to promote retrograde or divisive curricula.

“How [does one] draw a line between providing for the common social values required for a stable society on the one hand, and indoctrination inhibiting freedom of thought and belief on the other? Here is another of those vague boundaries that it is easier to mention than to define,” he wrote.

Neil Campbell is the director of innovation for the Center for American Progress’s education policy work. While Campbell and the liberal group oppose the use of vouchers for private school choice, they do support well-regulated public charter school programs.

As Campbell explains, he supports “public funds to public schools that are open to all kids and accountable to the public,” but later in a discussion with InsideSources, he also said that “parents do want choices… and ignoring that is a risky proposition.”

Though they may appear to be hostile to Friedman’s thinking at first blush, the conditions Campbell laid out for backing a public charter school system are not inconsistent with Friedman’s original school choice philosophy. Campbell said that public charters should provide the same civil rights protections, shields for students with disabilities, and be subject to the same accountability requirements as traditional public schools.

While such a model does call for a more muscular “approval” process than Friedman may have intended, and it notably leaves out the for-profit sector, in practice it allows space for the same free-market forces that Friedman was advocating on behalf of.

On the other hand, some of today’s conservatives, like Education Sec. Betsy DeVos, have pushed for heavy deregulation of the charter school sector in states like Michigan. While these light-touch proposals bring the possible upside of faster churn and supplier selection, they also raise the potential risks for a temporary flourishing of inferior providers that could hurt entire cohorts of students and market instability that could cripple traditional public offerings. By calling for a government role in authorizing voucher recipients, Friedman was therefore implicitly rejecting systems that would entirely defang regulation in the sector. (DeVos has said that she backs accountability for all schools including charters, but critics say that in practice her lobbying efforts in Michigan blocked meaningful state oversight).

By way of example, Campbell argued that a family’s choice of school is a much higher stakes proposition than choosing a restaurant to dine at, and therefore demands a higher level of regulation. “It’s not like an afternoon of food poisoning… you only get third grade once,” he said.

It’s arguments like these that have pushed some localities with thriving charter school sectors to bring the new schools under the same accountability frameworks as their traditional public schools. Washington D.C., for example, which has one of the largest shares of students enrolled in charter schools in the country, announced its intention to rate charters and public schools on the same five-tier scale in its new federal accountability plan. Reforms like Washington’s allow parents to make informed apples-to-apples comparisons, say proponents of regulation like Campbell.

The fact that education wonks across the political spectrum have opened to public charter schools (with the exception of some strong elements within the teacher’s unions) suggest that Friedman’s core premise—that the free-market should be introduced to the education system—has gradually moved from a theory to a mainstream accepted practice. The main debate today is over the degree to which government should intervene in how public educational dollars are steered to non-governmental education providers.