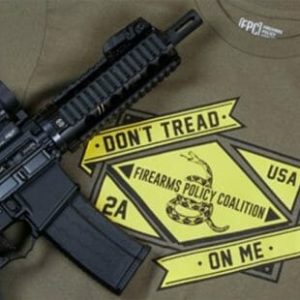 A New Mexico conservative coalition recently filed a lawsuit against two state officials for prohibiting referendums on 10 bills passed in this year’s legislative session — claiming not allowing public comment on the laws is unconstitutional. Two of those bills are gun-control laws, which took effect late last month.

The New Mexico Patriots Advocacy Coalition’s lawsuit was filed by A. Blair Dunn, the 2018 Libertarian candidate for attorney general. The main lawsuit asks a state district court judge in the state’s southeast Curry County to authorize the circulation of petitions that would allow opponents of the 10 new laws the opportunity to gather enough signatures to force referendums.

The lawsuit also asks a judge, as an alternative, to declare the two gun laws unconstitutional, Dunn said.

As reported in InsideSources, one of those gun bills — requiring every federally licensed gun seller in the state to provide background checks upon request whether they participated in the sale or not — led Walmart to stop all gun sales in its New Mexico stores.

The second gun law prohibits gun possession by someone convicted or accused of domestic violence.

“The main point [of the lawsuit] is that all of those 10 pieces of legislation — including the two pieces of gun legislation — under our constitution here in New Mexico should be available to the public for a referendum and they should be able to address those,” Dunn told InsideSources.

“I think the gun legislation will probably overshadow the rest of that litigation,” he said. “Most people are going to focus on those two pieces of legislation.”

According to Toulouse Oliver, a provision in the state Constitution prohibits overturning laws related to public peace, health or safety via the referendum process. This would include any gun legislation.

“I am confident in my determination, made in consultation with the Office of the Attorney General, that none of the draft referendum petitions submitted to my Office thus far have met the strict technical and legal requirements that are laid out in the New Mexico Constitution, state statute, and relevant case law,” Toulouse Oliver said in a statement.

“Blair Dunn continues to tie up our courts with frivolous lawsuits, this time hiding behind a so called political advocacy group purporting to defend the Constitution,” Baca told InsideSources. “The Office of the Attorney General looks forward to the swift dismissal of this lawsuit.”

In addition to the gun laws, the coalition wants to gather petition signatures to challenge raising the minimum wage; allowing residents to register to vote and cast a ballot on the same day; barring counties from enforcing local “right-to-work” ordinances; creating the Energy Transition Act; and prohibiting coyote-killing contests, among others.

Paul Gessing, president of the Rio Grande Foundation, a New Mexico free-market think tank, said the lawsuit appears to be “ideological.” Toulouse Oliver — who is running for Senate in 2020 — is part of a progressive Democratic administration.

“It has appeared that the secretary of state has been arbitrary and capricious… and has been hostile to these groups that have been attempting to put referendums on the ballot,” Gessing told InsideSources. “She is not giving people a fair shake on these referendums.

“I think she is definitely putting her thumb on the scale, in her opposition at the very least.”

Sheriff Tony Mace of Cibola County, chairman of the New Mexico Sheriff’s Association, says the “lawsuit is positive” because it could give the people of New Mexico a say in laws that were passed in the last legislative session that many of them oppose.

“I think what the general citizenship, what they are hoping for, is to get [the laws] out of the overreaching legislature’s hands,” he told InsideSources. “Overwhelmingly you’ve seen across the state of New Mexico citizens stand up and say [these laws] are bad for New Mexico.”

“When we talk about this particular gun law, overwhelmingly the citizens across the state stood up and said ‘Hey, we don’t want that, we want to protect our constitutional rights, we’re tired of our right to bear arms being attacked,’ but the legislature ignored the voice of the people and put these laws through anyway,” Mace said. “And from a law enforcement perspective… they don’t attack crimes, the criminals don’t follow along anyway.

“So, this particular law is just ink on paper,” he said. “It doesn’t do anything to fix the problem. It’s just a direct attack on the law-abiding citizens.”

“The vast majority of sheriffs and those testifying in public were opposed to the ‘universal background check law’ because of concerns over both constitutionality and enforceability issues,” Edwards told InsideSources.

“In fact, the law itself is a misdemeanor offense, and in New Mexico arrests for misdemeanor crimes can only occur when an officer observes the misdemeanor taking place in his presence,” he said.

“If opponents of the lawsuit want to call it a politically motivated stunt, I’d say that’s also a pretty fair description of the universal background check law being challenged.”

The New Mexico Patriots Advocacy Coalition has chapters throughout the state, Dunn said.