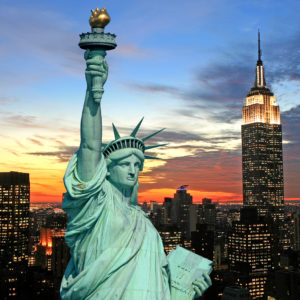 New York State education officials publicly released the draft of their federal compliance plan after a months-long process of gathering feedback through community engagement and expert working groups. Though there are no major deviations from what other large states have proposed, the Empire State plan is significant if only for the size of the system involved. With over 2.6 million students, the state’s system is a regional model for many policy-makers in the Northeast and Midwest.

While the 2015 Every Student Succeeds Act, or ESSA, devolved considerable decision making power over education to the state level, the law left in place a series of requirements, or “guardrails,” that states still need to comply with to be eligible for billions in federal support. Those statutory requirements include a mandate that students be tested regularly in elementary through high school, that those test results be reported, and that academic and nonacademic factors be used to identify schools that are in need of intervention. Much of the rest is left to states officials—though each state and Washington D.C. does need to file an ESSA accountability plan for federal approval by mid-September at the latest.

New York’s draft ESSA plan (summarized here) sets out two ambitious long-term goals. The state said it is working towards a universal 95 percent four-year graduation rate, and for each school to average a fully academically proficient student body. Though there is no set year for when the state hopes to achieve these goals, officials have laid out a detailed 5-year progress plan for students in each specially designated racial and social subgroup that they say they will update annually. The state has made closing achievement gaps between subgroups a top priority in the planning process.

One way the state said it would advance equity is to publicly report how much each district spends per student each year. The metric has long been of central importance to those on the left who argue that locally-driven funding models have entrenched systemic inequities. Some conservatives have also voiced openness to addressing these longstanding inequalities as they push for state-centered school choice policies.

New York officials also hedged their bets on the growth vs. proficiency debate in their draft plan. Under the proposal schools get credit for demonstrating above-average progress as their students work towards proficiency targets. The end goal for the state system, however, remains centered on having student reach average proficiency in core subjects like reading and math, (a system can achieve the goal if it has enough students above proficiency to offset those below proficiency).

As a whole, however, the New York system still has considerable ground to cover academically. Policymakers have devised a 1 to 250 point “achievement index,” where a school’s 200 score signifies that each student has reached proficiency. Currently, in English Language Arts, the statewide baseline score is a 91. The state has set an interim target of 112 for the 2021-2022 school year.

The state is also finalizing a review of its academic standards in reading and math, which could further throw the process in flux. While the revised standards, announced last week, do not appear to be wholly different from the previous set of educational expectations, implementation of new professional development and revising curriculum is often a multi-year process. The state is also undergoing a process to tweak science standards in time for the 2017-2018 school year.

One of the major changes instituted under ESSA is a new requirement that states consider non-academic indicators of school quality when evaluating their schools and districts. Like a number of other states, New York has opted to review rates of chronic absenteeism among its students. The measure has proven popular because it requires less additional data gathering from officials and because experts say the yardstick correlates highly with student achievement and outcomes. Unlike other states, however, New York is leaning against including excused medical absences and suspensions towards its chronically absent measurements. The state plan also incorporates a career-readiness measurement among graduating seniors for evaluating its high schools.

Ultimately, schools will be grouped in one of four categories: continuous support and improvement schools, targeted support and improvement schools, schools in good standing, and recognition schools. Schools in the bottom two tiers will be subject to varying levels of state intervention, though the state has said that it will try to defer to local-level solutions as much as possible when conducting school-turnaround efforts.

New York State’s draft ESSA plan remains open for public comment until mid-June. Commissioner MaryEllen Elia will be traveling around the state for another batch of public-input meetings in the next few weeks. Once the final draft of the ESSA plan is released, it will go to the governor’s office for approval, back to the New York State Board of Regents for a final vote, and then onto Washington.