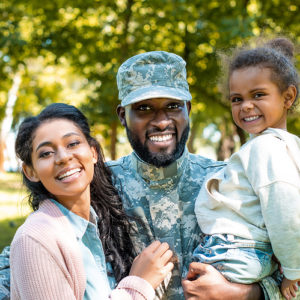 The New Hampshire Department of Education and Department of Health and Human Services have partnered with the Department of Defense (DOD) to bring the Purple Star School Program to the Granite State, assisting military families and promoting the value of military service and civic responsibility.

It’s part of a broad package of initiatives designed to help New Hampshire’s military families cope with the stresses of military life and to celebrate “National Veterans and Military Families Month.”

“The Purple Star Initiative will help us support students and families of military personnel across New Hampshire,” said Education Commissioner Frank Edelblut. “Deployments and relocations put extra stress on these families, and we should be looking for innovative ways to support those who serve our country.”

The Defense Department is backing a growing grassroots effort nationwide to designate local schools as military-friendly because of the huge benefits they provide the children of U.S. service members transitioning into new schools. Military-connected children are unusual among K-12 students because they move every two to three years.

The many transitions throughout a military child’s K-12 years into new schools can disrupt a child’s education as well as their social and emotional well-being.

“Military children face issues such as gaps and overlaps in curriculum, different graduation requirements, and course placement disruption, as well as difficulties related to socially and emotionally connecting with a new school and community,” according to the Department’s Defense State Liaison Office website.

In addition to the Purple Star schools program, the Joint Military Task Force of the New Hampshire Governor’s Commission on Alcohol and Other Drugs, the New Hampshire National Guard, and the N.H. Bureau of Drug and Alcohol Services have partnered with other state and private agencies to provide a range of services to local military families.

“We are taking this opportunity to not only recognize the contributions made by New Hampshire’s men and women in uniform, both past and present, but just as importantly their families. The families are frequently the unsung heroes who make equal sacrifices on behalf of our Nation,” said Major General David J. Mikolaities, chairman of the Joint Military Task Force and adjutant general for the New Hampshire National Guard.

The statewide initiative includes an “Ask the Question” campaign that targets mental health providers directly, “advocating for them to identify military personnel and veterans early in the assessment process, and educating them as to unique resources available to New Hampshire’s military community,” according to a statement from the task force.

— Designate a staff member as a point of contact for military students and families.

— Establish and maintain a dedicated page on its website featuring information and resources for military families.

— Provide professional development for staff on special considerations for military students and families.

“I know that I speak for all the members of the Governor’s Commission on Alcohol and Other Drugs when I say that we are pleased to make this important investment in supporting military members and their families, who do so much for us every day. Their many sacrifices can lead to stresses that we know this investment will help address,” said Patrick Tufts, the commission’s chairman.