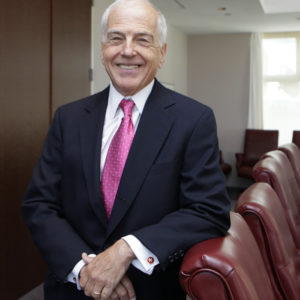 EXCLUSIVE: Former Labor Board Chairman Hopes for a Better Future at Agency

Peter Schaumber served as both a member and chairman during his eight years on the National Labor Relations Board (NLRB). He shared his thoughts with InsideSources on what he hopes the future of the board holds.

The NLRB consists of five members that oversee union and labor dispute cases. President Donald Trump has two pending nominees that will give Republicans majority control. His board will mark the end of an era critics saw as overly activist.

Schaumber hopes that means a board that better follows the law when drafting decisions during labor dispute cases. Former President Barack Obama oversaw the board at a time it pursued significant changes to case precedent. Those opposed have argued the board overstepped its boundaries more so than during past administrations.

“The problem is the Obama board went way beyond what any board has done before,” Schaumber told InsideSources. “It wasn’t just a pendulum going back and forth. They went outside the schoolyard.”

Schaumber served on the board starting in 2002 after being appointed by then-President George W. Bush. He previously worked as a labor arbitrator and served on various industry panels. Schaumber believes the incoming board should at least revisit the more controversial decisions issued during the last administration.

“That’s not to say they have to reverse any of those decisions,” Schaumber said. “They can simply revisit it. They might not necessarily go back to earlier board law, but they want to revisit it to balance it because of their damaging impact.”

Philip Miscimarra was appointed chairman of the board April 24. He was previously a member who was serving as the acting chairman at the start of the administration. Marvin Kaplan and William Emanuel were nominated in June to fill two open seats.

Senate Democrats expressed concern during a recent confirmation hearing that the nominees have shown a clear anti-union bias in the past. Democrats typically believe unions are essential for protecting workers. Schaumber countered that view skews what the law actually requires, which is to protect workers.

“The term ‘protect’ is always used in connection to workers,” Schaumber said. “The board’s role is to protect workers, and to balance the legitimate interest of unions and employers in the process.”

Schaumber adds the guiding principal influencing the board should be what the statute actually says. He notes that standard should be applied when the board revisits the earlier cases and reviews new ones. He adds members also shouldn’t be afraid of making rulings that benefits employers, so long as it’s based within the confines of the law.

“I don’t think the board members should be afraid of being ridiculed by anyone for being pro-employer,” Schaumber said. “They should be pro-statute and pro-worker and apply the statute as it was intended by Congress.”

Schaumber suspects the incoming board will likely tackle recent decisions like the updated joint-employer standard, micro-unions, and ambush election rule. He hopes they will go further and address another ongoing issue involving employee handbooks. The NLRB has aggressively reviewed handbooks looking for issues to penalize employers.

“I also think they should address the employee handbooks that have been used by the board to really hammer employers for rules that only the most paranoid employee would consider as infringing on their rights under the National Labor Relations Act,” Schaumber said.

“The joint-employer and micro-union decisions should be addressed by rule, not by decision,” Schaumber said. “Rules have the benefit of they’ll hear from both sides, and it will be more difficult for a subsequent board to reverse.”

The NLRB was denounced by critics for allegedly showing a bias in favor of unions during the last administration. The Obama administration argued the changes were designed to better protect workers. The former president has previously spoken of how critical unions were to protect workers.

The Chamber of Commerce released a report earlier this year detailing what recent decisions the new board should revisit. The report argues the changes made during the last administration have imposed new burdens on employers and workers.

NLRB decisions do have limitations that could cause problems later on. They could be reversed by future boards or upended by an appeals court. Congress is looking to address the issue by drafting bills that better clarify what the statute entails. Lawmakers recently introduced a bill that addresses what joint-employment is.

The president has also managed to fill other positions that are critical to his economic agenda. Alexander Acosta was confirmed as the current secretary of labor April 27. Kaplan and Emanuel are now just waiting for a final vote on the Senate floor.