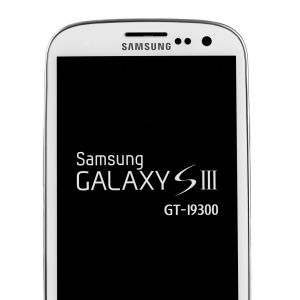 A federal court handed Apple another victory in its ongoing patent war with Samsung this week, granting a ban on Samsung smartphones a federal appeals court agreed infringe on Apple iPhone patents.

The ban covers older Samsung smartphone product lines including the Galaxy S II, S III, Note and Note II handsets — products the South Korean manufacturer has discontinued and replaced. Though the victory is largely symbolic, it could give Apple legal precedent and leverage if the Supreme Court accepts Samsung’s petition to appeal a separate patent case, or in future patent disputes.

The ban will take effect 30 days from Monday, and is the latest turn in the case that started in Koh’s court in 2011.

“We would like to reassure our millions of loyal customers that all of our flagship smartphones, which are used and loved by American consumers, will remain for sale and available for customer service support in the U.S.,” Samsung said in a statement Tuesday.

“We are very disappointed that Apple has been granted an injunction on select Samsung legacy mobile phones. While this will not impact American consumers, it is another example of Apple abusing the judicial system to create bad legal precedent which can harm consumer choice for generations to come.”

Samsung petitioned the Supreme Court to hear another patent case in December after paying Apple more than half-a-billion dollars in damages upheld by the U.S. Federal Circuit Court of Appeals last year, where Samsung appealed the case following the California court’s ruling.

In that case, the California jury found Samsung infringed on six of seven Apple patents, including the rectangular shape and rounded corners of the iPhone and the shape of its app icons. Koh ordered Samsung to pay Apple an initial damage assessment of $1.05 billion — damages based on the value of the company’s entire iPhone product line, rather than just the value of the infringed features.

A panel of judges on the Federal Circuit Court of Appeals reduced Koh’s damage assessment to $548 million, throwing out patent infringement claims on “trade dress” elements of the phones judges said were obvious.

Samsung was still ordered to pay the “total profit” of its infringing Galaxy products to Apple, making up the profit Apple lost in sales to Samsung Galaxy devices.

“While Samsung prefers to compete in the marketplace, not the courtroom, the company feels that it is important to appeal this case to the U.S. Supreme Court on behalf of all U.S. companies, big and small, that could be affected if this legal precedent stands,” Samsung said of its petition to the Supreme Court in December.

Google, Facebook, Dell, HP, eBay, Vizio and others sided with Samsung in a friend-of-the-court brief this week for the second time, urging the nation’s highest court to hear the case.

“The Federal Circuit’s decision is deeply flawed,” the companies wrote. “If allowed to stand, it will lead to absurd results and have a devastating impact on companies … that spend billions of dollars annually on research and development for complex technological products and their components.”

The Computer & Communications Industry Association filed its own brief Friday in the nation’s highest court, which asserts the Federal Circuit Court of Appeals ruling “raises constitutional issues by expanding a patent for a small ornamental feature to include all of the innovations making up a complicated device.”

“The correct interpretation of the design patent damages statute is being closely watched by technology companies, as well as by patent assertion entities targeting them,” CCIA patent counsel Matt Levy said in a statement. “Patent assertion entities are already using the appeals court’s decision to threaten operating companies with the total loss of their profits.”

“This decision encourages design patent law to be applied in a way that was never intended,” he added. “We think the lower court misinterpreted the law and would encourage the Supreme Court to hear Samsung’s case.”

The Supreme Court has yet to decide if it will hear the case.