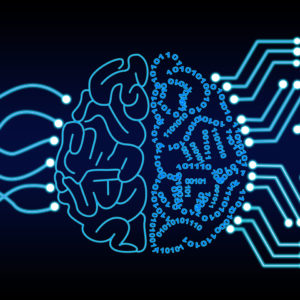 What happens when a school district uses the latest in brain science to inform its education technology purchasing decisions? Students become more engaged and test scores go up, according to school district officials who shared their experiences at a brain science conference at the National Harbor in Maryland, just outside of Washington D.C. on Thursday.

“Brain Futures” was a two day event that attracted high profile neurologists, psychiatrists, and researchers from all over the country. General sessions included presentations on the latest findings in brain health and the military’s ongoing battle with Traumatic Brain Injury. A series of breakout sessions on the conference’s second day, however, focused mainly on what brain science research has to offer for the education system.

Kisya Johnson is an official in the 129,000 student Duval County Public School district that services Jacksonville, Florida and the surrounding areas. She recently partnered with Bruce Wexler, a Yale psychiatrist and founder of C8 Sciences, an ed tech company, for a pilot program in three of her K-2 schools. During a presentation, Johnson explained how adopting Wexler’s education services led to a transformation in some of the district’s most impoverished and low performing classrooms.

“When the students are on the brain training software it helps them to focus, it helps them to be able to listen in class and do the work that they need to do,” said Wexler, who explained that chronic absence rates dropped while proficiency rates spiked in the pilot schools subject to Wexler’s interventions.

Wexler, who has published dozens of papers and has a strong foundation in neuroscience research, attributes much of his company’s  success to a holistic approach to cognitive development. In particular, Wexler said that there are three areas that predict student outcomes better than IQ scores—and that are most often deficient among students from high poverty backgrounds: inattention, low self-control, and struggles with memory.

The main service Wexler offers through C8 Sciences, a product called ACTIVATE, is a combination of adaptive education gaming, and physical exercises that get students moving in the classroom. The goal is to stimulate and create neuro-pathways that are often underdeveloped in students coming from low-income households.

Wexler’s company also gives teachers regular printouts and reports on student progress, which then go back into informing student performance. The overall effects, he claims, are stronger than the effects found through one-on-one tutoring.

Other school districts with similar poverty struggles are boasting of similar success stories. For example, Jody Woodrum, the former assistant superintendent of the Starkville-Oktibbeha Consolidated School District in Mississippi, described major boosts in reading scores after her district entered a partnership with another evidenced-based ed tech company, Scientific Learning. In some cases, she described how students were making more than a year’s worth of progress in reading skills in less than a semester’s worth of class time.

But the problem for district leaders nationally, is that for every ed-tech related success story, there are just as many high profile and costly, face-plants. The difficulties inherent in developing successful ed tech interventions was a major source of discussion among educators at the Brain Future’s conference.

Part of the problem is inherent in an ed tech market that lacks dynamism, favors incumbents, and stifles innovation. Often, schools are bombarded with marketing from myriad education companies, all of which promise the latest in brain science. Making a high-stakes decision under these stressful circumstances is highly difficult, explain purchasing experts.

Even Wexler, the education entrepreneur, expressed sympathy for district leaders that feel besieged by competing offers. “It’s like buying a car,” he explained, you can lift up the hood and evaluate it before making a decision, but if you don’t know anything about an engine, you won’t know what to look for.

Despite the challenges of innovating in the education space, however, the push for more education technology in classrooms continues. If companies like Wexler’s are able to surpass the daunting hurdle of replicating their results at scale, presumably brain science-based programs will continue to find school district officials interested in buying.