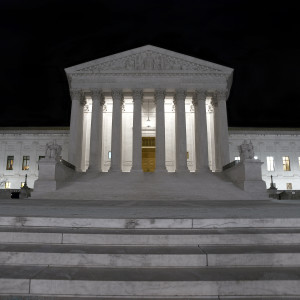 Privacy and digital rights groups including the Electronic Frontier Foundation (EFF) filed a petition Thursday with the nation’s highest court seeking review of the case of Mohammed Mohamud, an American citizen who was charged in 2012 with planning to car-bomb a Christmas tree lighting ceremony in Portland, Oregon. Information used to prosecute Mohamud was gathered using Section 702 of the 2008 Foreign Intelligence Surveillance Amendments Act.

Section 702 authorizes NSA to tap the physical infrastructure of internet service providers, like fiber connections, to intercept foreign emails, instant messages, and other communications belonging to foreign nationals as they exit and enter the U.S. But according to NSA, the program also “incidentally” sweeps up the communications of Americans corresponding with, and until recently, merely even mentioning foreign targets.

NSA is legally barred from searching through Americans’ communications without a warrant, but that wasn’t the case with Mohamud. His emails were intercepted specifically by a program dubbed PRISM, the existence of which was leaked to the press by former NSA contractor Edward Snowden in 2013. PRISM gives NSA access to communications transmitted over internet edge services like Google, Yahoo, or Facebook.

Mohamud learned after his conviction that his emails were gathered under Section 702 and sought to suppress the evidence, arguing its gathering violated his Fourth Amendment rights against search and seizure without a warrant. The U.S. Court of Appeals for the Ninth Circuit noted the government’s conduct was “quite aggressive at times” but upheld the search, a move EFF, the Center for Democracy and Technology and New America’s Open Technology Institute call “dangerous and unprecedented.”

“The ruling provides an end-run around the Fourth Amendment, converting sweeping warrantless surveillance directed at foreigners into a tool for spying on Americans,” Mark Rumold, a staff attorney for EFF, said Thursday. “Section 702 is unlike any surveillance law in our country’s history, it is unconstitutional, and the Supreme Court should take this case to put a stop to this surveillance.”

The groups add weight to a Supreme Court petition filed by Mohamud’s attorneys in July, and join a long list of battles from the courts to Congress over the legality of Section 702. Wikimedia and the ACLU are suing the government over the use of Section 702 in the Fourth Circuit Court of Appeals, and Congress has held several hearings this year to debate the law’s renewal ahead of its expiration at the end of December.

Section 702 is at the heart of a dispute between Oregon Democratic Sen. Ron Wyden and Director of National Intelligence Dan Coats, the nation’s top spy chief. Wyden has pressed Coats and his predecessor to provide an estimate of the number of Americans incidentally swept up in Section 702 that both claim is impossible to produce. The senator has further suggested the authority could be used to warrantlessly target Americans directly.

Congress’s concerns over Section 702 have become a point of rare bipartisanship for some. Kentucky Republican Sen. Rand Paul has fought alongside Wyden to peel back the curtain on Section 702. South Carolina Republican Sen. Lindsay Graham is grilling intelligence officials for information about what Section 702 gathers on lawmakers and other members of government, and if those intercepts can and are used to politically target government officials like former National Security Adviser Michael Flynn.

In testimony to Congress intelligence chiefs including NSA Director Mike Rogers have admitted Section 702 programs have a history of compliance issues, some highlighted by the Foreign Intelligence Surveillance Court, which approves more than 99 percent of the government’s secret surveillance requests.

The typically intel-friendly court chastised the government for an “institutional lack of candor” on a “very serious Fourth Amendment issue.” One such opinion said NSA has engaged in “significant overcollection . . . including the content of communications of non-target U.S. persons and persons in the U.S.”

As a result, NSA in April suspended a Section 702 practice known as “about” collection — when NSA sweeps up American emails and text messages exchanged with overseas users that simply mention search terms — like an email address belonging to a target — but isn’t to or from a target.

The agency recently told Congress it’s working on a technical solution to reengage about collection.

All of the pushback comes as intelligence leaders pressure Congress not just to renew Section 702 but implement it permanently. Top Republicans and Democrats have endorsed the idea, including Senate Majority Whip John Cornyn of Texas and Intelligence Committee Ranking Member Dianne Feinstein of California.

In a recent interview, Snowden said using Section 702 to surveil Americans requires the agency to engage in little more than “word games.” Privacy advocates suspect the loophole created by Section 702 likely amounts to millions or even hundreds of millions of warrantless interceptions belonging to Americans.