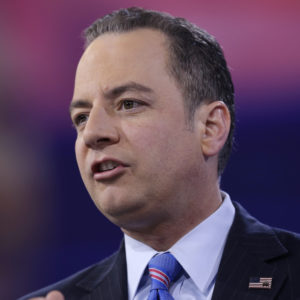 Some of the most influential technology lobbyists across the country partnered Monday to pressure Republicans to support broad internet policy goals in their 2016 platform the party has traditionally opposed.

“As the process of developing your platforms continues, we believe it is vital that platform committees both understand the perspectives of the communities we advocate for and recognize how a free, open, and accessible internet supports so many of your policy goals,” the letter reads.

Lobbyists timed the letter to coincide with a meeting Monday between the RNC and telecommunications and tech trade groups, including the National Cable and Telecommunications Association (NCTA), Consumer Technology Association, Information Technology Industry Council and BSA to discuss this cycle’s Republican platform.

NCTA, made up of industry members Charter Communications, Comcast, Cox Communications and others have been frequent opponents of many of the policy agendas endorsed by groups in the letter, including the Federal Communications Commission’s net neutrality rules adopted last year.

“Understanding where both political parties stand on issues such as protecting privacy online, or ensuring greater broadband access, deployment, and adoption in urban, rural, and tribal areas alike, will be crucial to helping voters make an informed choice on election day,” the groups wrote.

Letter signatories asked the heads of both committees to support goals typically scrutinized by Republicans and favored by Democrats, including “advancing universal, affordable internet access, defending a free and open internet” and “protecting individuals’ information and privacy online.”

The goals fall in line with a round of proposed rulemakings pending at the FCC, where Chairman Tom Wheeler is readying new regulations to slash prices in the business internet market, a proposal to open cable provider video streams to third party set-top boxes and new privacy rules to limit internet service providers monetization of subscriber data unless users opt-in.

The FCC has already passed Republican-opposed proposals to add broadband to the Lifeline program meant to subsidize telephone service for the poor and to reclassify internet service providers as common carriers under net neutrality, still awaiting a court ruling in the D.C. Circuit Court of Appeals.

Republicans in Congress and at the commission have almost universally opposed Wheeler’s FCC agenda, along with presumptive GOP nominee Donald Trump, who described the 2015 Open Internet Order as “Obama’s attack on the internet.” Congress has sought to delay, block or undo the rules via legislation.

“A free and open internet is an engine of economic growth, healthcare modernization, and social movements and change, and it is crucial that we protect the personal information and rights of all Americans to communicate,” the letter reads. “The policies that will ensure all Americans can leverage such a critical tool should be elements of both parties’ platforms, and the communities we represent must be part of the conversation in developing these policy planks.”

The DNC will hold its own meetings to discuss technology’s role in the party’s 2016 platform on Wednesday and Thursday.