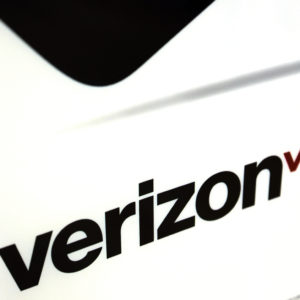 FILE - In this July 25, 2016 file photo signage is seen in a Verizon store, in North Andover, Mass. U.S. regulators are calling out Verizon and AT&T for exempting their own video apps from data caps on customers’ cellphones. The Federal Communications Commission sent letters to the country’s biggest wireless carriers Thursday, Dec. 1 saying the way they handle the practice, known as “zero rating,” can hurt competition and consumers. (AP Photo/Elise Amendola, File)
News

Verizon is doubling down on its zero-rating programs by offering unlimited streaming of Fios cable to wireless subscribers, a move aimed at competing with AT&T’s zero-rated DirecTV service, and one the Federal Communications Commission previously said violates net neutrality.

Wireless customers can now stream their FIOS subscriptions on mobile devices without running down data plans.

“The Fios Mobile App allows you to stream 140+ live channels outside of your home, watch your recorded DVR shows and movies while on the go, and access thousands of On Demand titles,” the company announced Thursday. “Data-free streaming on the Fios Mobile app is the latest reason why there has never been a better time to be with Verizon for both Fios and mobile phone service.”

Both DirecTV Now and FreeBee were the subject of a recent FCC probe that found the services violate the 2015 Open Internet Order’s general conduct rule. Under then-Chairman Tom Wheeler, the agency’s Wireless Bureau concluded the price wireless carriers charge competitors like Netflix or Hulu to zero-rate their content on wireless networks exceeds the cost carriers incur by zero-rating their own content, a form of price discrimination that hinders competition.

While that would have put the programs in jeopardy under Wheeler, the election of President Donald Trump ensured their safety. Trump appointed Republican Commissioner Ajit Pai to lead the agency in January. Pai, a proponent of free data programs, shuttered the zero-rating probe soon after taking the top office.

Supporters of zero-rating argue the programs offer benefits to consumers. Particularly in poor and minority communities, some experts believe zero-rating can help close the digital divide, which is a goal of the new chairman.

Similar to the prior FCC’s zero-rating concerns, Democrats in Congress suspect the deal will hurt consumer choice and subject competitors to high fees for access to Time Warner content. While the deal will undergo an antitrust review under the Justice Department, Democrats want the FCC to subject the merger to its own review tougher review process, which must show a benefit to consumers.

Chairman Pai told lawmakers earlier this week he doesn’t believe the FCC has the authority to scrutinize the deal, since AT&T has structured it in a way that circumvents FCC oversight by declining to acquire Time Warner’s FCC licenses. At the request of Democrats, Pai pledged to have the agency review its authority to ensure the deal doesn’t need FCC approval.

Meanwhile, Verizon is negotiating its almost $4.5 billion acquisition of Yahoo to expand its presence via online content. The move will give Verizon greater access to personal user data like browsing habits from Yahoo’s one billion users and expand its targeted advertising business to compete with the likes of Google and Facebook.