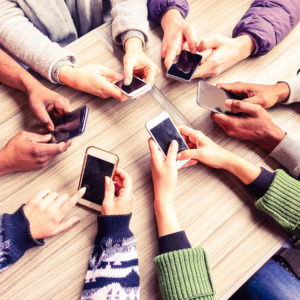 Wireless carriers challenged accusations this week they exaggerated claims they’ll soon run out of airwaves after bids in a Federal Communications Commission auction for more spectrum came in lower than the agency’s target.

Though more than $20 billion in auction bids came well under the FCC’s target of over $88 billion, wireless trade group CTIA, whose members include AT&T, Verizon and T-Mobile, said it still surpassed the last low-band spectrum auction total of almost $19 billion.

“As we turn the page on stage one, it is notable that forward auction bidders have already produced the second-highest bidding total in FCC auction history, totaling $23.1 billion,” Scott Bergmann, CTIA’s vice president for regulatory affairs wrote in a blog post. “This means that only the AWS-3 auction generated higher revenues in the 20-plus year history of FCC auctions. This is already bigger than the last low-band auction of 700 MHz ($18.96 billion) that was heralded at the time by the FCC as a ‘history-making auction.'”

The statement comes after the National Association of Broadcasters (NAB), a trade group of broadcasters who challenged the FCC’s auction rules on the grounds they’ll interfere with TV stations, said the below-target price indicated wireless carriers exaggerated claims they’re within years of running out of airwaves as a result of high-bandwidth smartphone applications like video streaming.

“NAB is surprised by the modest participation by wireless carriers in the first stage of the TV auction,” the group said Wednesday. “Perhaps the notion of a ‘spectrum crisis’ peddled in Washington for the last seven years is not as acute as policymakers were led to believe. We look forward to the second round of the auction where wireless carriers will be afforded another bidding opportunity.”

The FCC planned for the auction to go through multiple rounds that will likely take months to find the middle ground between how much spectrum carriers need, how much they’re willing to pay for it and the amount at which participating broadcasters will part with it. In the first round’s “reverse auction” earlier this spring the FCC got broadcasters to agree to sell 126 megahertz of low-band spectrum in the 600 MHz band for $88.3 billion (low-band is considered “beach-front” spectrum because it’s in the range easiest for signals to travel far distances).

Bidding by wireless carriers in the first round of the “forward auction” stalled at $22.4 billion in August and concluded Tuesday. The FCC announced Wednesday it will kick off the second round of the reverse auction on Sept. 13 for 114 MHz, with the hope less spectrum will raise bids accordingly.

“The FCC has been transparent from day one that the auction was designed for multiple stages, and outlined detailed procedures for how ‘additional stages will be run,'” Bergmann added. “It was widely anticipated, if not fully expected, that the auction would not close after the first round.”

The first round of reverse auction bidding — when broadcasters bid down against each other — lasted a month, and forward auction bidding just over two weeks. If round two follows a similar timeline, the results of the second round could be in by November.

“The auction results are unsurprising, albeit disappointing to some,” Dan Hays, principal at PwC consulting firm Strategy& told Telecom TV. “The results demonstrate just how much pressure the mobile industry continues to face to limit its capital spending. The ball is now back in the court of TV broadcasters, who will need to decide whether to accept lower prices for their spectrum or bet on future opportunities to cash in on their airwaves.”

Last fall FCC Chairman Tom Wheeler said the CEO of a major wireless provider told the chairman “even if they have 90 percent of their traffic offloaded onto WiFi and other networks, he’s still going to be out of spectrum” by 2020.

At the conclusion of the auction but before the FCC hands out licenses to the winning bidders, it will “repackage,” or reorganize the sold airwaves to make usable room for wireless carriers, a process that has left some broadcasters, especially low-power local stations, unhappy about the potential for interference when they’re relocated.