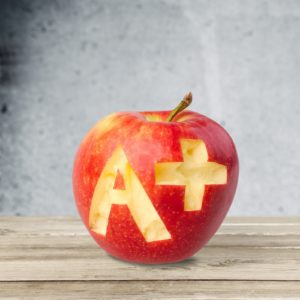 Indianapolis, Ind. – Indiana is one of 34 states that has opted to wait until September to submit a plan to the federal Education Department that will detail how its schools will be held accountable. Unlike many of the states that have already submitted, or have been hard at work on the high stakes document for well over a year, leadership changes in Indianapolis in January have given state officials a shorter runway to gather feedback from teachers, parents, and local administrators, while also making important decisions on what will be included. Residual policy skirmishes in Washington have also complicated state-led education efforts. Despite these challenges, however, education officials in Indiana are projecting confidence that the process is proceeding smoothly.

Patrick McAllister, a former teacher and education advocate, was tapped earlier this year by the state’s new education chief, Jennifer McCormick, to lead the Indiana Department of Education’s stakeholder engagement and technical writing efforts for compliance with the new national K-12 education law that goes into effect this fall. The Every Student Succeeds Act, or ESSA, was a bipartisan compromise struck in late 2015 to replace the increasingly unpopular No Child Left Behind Act. Like its predecessor, ESSA lays the ground rules for how states can unlock billions each year in federal educational aid. Rather than centralizing education policymaking in Washington, however, the statute devolves considerable power to state officials.

This new dynamic, of state-led education decision-making, makes McAllister’s role all the more significant. Though he is bounded by the remaining federal strictures in the law, as well as by the big-picture decisions made by his superiors and the state board of education, the plan McAllister is putting together will serve as the framework for how an education system that serves over 1 million schoolchildren will be held accountable for its successes and failures. In July, McAllister sat down with InsideSources to discuss the progress the state is making on its ESSA plan, and how indirect messages from Washington are being interpreted.

Because the new law requires states to incorporate stakeholder feedback in their plans, McAllister helped organize a series of listening sessions open to the public. “Every member of the Education Department senior staff attended at least one ESSA meeting, and every State Board of Education member attended at least one ESSA meeting as well. So it wasn’t just us filtering up what we heard, it was also key policymakers in the state listening to constituents on the ground.”

Among the main priorities the public expressed, according to McAllister, was that the state put a greater focus on social-emotional learning in schools, and that state officials start paying attention to school culture and school climate for accountability purposes. In response to the feedback, McAllister said that the state will focus on social-emotional learning in its application for ESSA’s flexible Title IV block grant program. The state is also planning a pilot program to test if school climate surveys can be successfully incorporated in the state’s accountability system.

Another key decision facing the state’s top board of educators is whether to keep or discard the summative ratings it assigns to schools. Currently, the state assigns schools a letter grade, ranging from “A” to “F” based academic achievement. Under ESSA, states are given the freedom to move away from these summative scores, and instead break down evaluations based on individual metrics.

Some say that the summative grades are unfair to schools that have to deal with student populations that are harder to educate. Their argument is that summative grading does not do enough to distinguish between, for example, high poverty schools that show year-over-year improvement but still have low proficiency levels compared to high poverty schools with low achievement and no signs of improvement. Others argue that keeping the summative grades is important, as they allow parents a quick, at-a-glance understanding of a school’s quality.

McAllister added that the accountability system Indiana already has in place for its schools is close to being ESSA-aligned. Currently, the state incorporates measures of academic growth and proficiency for all of its schools, in addition to yardsticks for college and career readiness and graduation rates for its high schools. The big additions to the state accountability system, he said, are the incorporation of performance measures for English Language Learners, and the “non-academic indicator” of attendance rates. (The use of attendance rates in the Indiana plan is notable, as a number of states are going with the similar, yet slightly different route of measuring rates of chronic absenteeism.) Once data has been gathered from pilot testing of school climate surveys, that additional nonacademic indicator may also be incorporated at scale down the line.

While McAllister evinces optimism that the state’s ESSA progress is proceeding smoothly, a steady stream of controversy from education policy circles in Washington cannot be making his job any easier. Earlier this year, Congress revoked a series of Obama-era accountability regulations in a move that some said would sow confusion into the state plan writing process. In the wake of the repeal of the regulations, Secretary of Education Betsy DeVos issued a new template for states to use when filling out their ESSA plans.

“I think we’ve done a pretty good job of rolling with the changes. We’re following the template as best we can, and are working within the system that is provided,” said McAllister diplomatically.

Further uncertainty was inserted into the process in recent weeks with the release of stricter-than-expected Education Department feedback to some states that submitted their plans early, particularly Delaware. Conservatives, including the powerful chairman of the Senate’s education committee, Lamar Alexander, R-Tenn., criticized DeVos’ team for overreaching the law in the non-binding guidance it issued. The controversy has stoked fears among some that the freedom awarded to state officials through ESSA may not be as wide-ranging as one would expect, particularly under a Republican administration.

On the other hand, Tony Bennett, Indiana’s former superintendent of schools, rose to DeVos’ defense in a telephone interview. “I believe philosophically she clearly understands the importance of state rights and local control but she also has a responsibility to make sure these things are done the right way—I’m very sensitive to that balance.”

In recent weeks, Secretary DeVos’ team announced that they were satisfied with changes made to Delaware’s plan, and that state’s plan was formally approved. Though the approval represents a win for state’s rights hawks—and the Education Department has announced a new process for sending feedback to states—how federal officials manage the technical intricacies that will accompany the remaining state ESSA plans remains an open question.

For his part, McAllister said that he did not want to comment on the specifics in other state plans, though he did say that he is watching the process carefully. “One of the upsides to going second is that you can see where other states are struggling and calibrate that way, but it really hasn’t changed our approach in terms of the technical writing of the plan. We have our vision and the approach we want to take, and we understand the rules and limitations and we are working within them.”