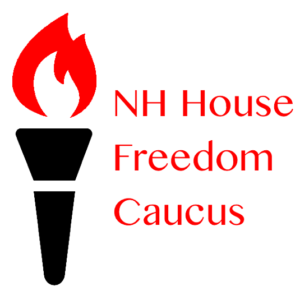 The budget battle is over between House Republican leadership and conservative members in the New Hampshire State House for now, but the political divide between the two factions continues to grow. The NH House Freedom Caucus announced plans Wednesday to start its own political action committee, signaling that the fight for control of the chamber is far from over.

The House Freedom Caucus, a 32-member group taking its name after a similar conservative coalition of Republicans in Congress, is pushing back against House Speaker Shawn Jasper in the next election. They are planning on using money from the PAC to support candidates who believe in “limited government and personal liberty.” The PAC will be chaired by Rep. Dan Hynes, R-Merrimack.

“Last year, Speaker Jasper utilized his PAC to target conservative Republican members in primaries,” said Rep. J.R. Hoell, R-Dunbarton, one of the leaders of the conservative group. “The NH Freedom Caucus PAC will help to protect those members and candidates who stand on principle and refuse to be dominated by a big government House leadership.”

Jasper says he has no plans to target conservative members. In 2016, his leadership PAC helped out some Republicans, but left others to fend for themselves. The main NH House GOP PAC also said it plans on supporting all Republican candidates.

The Committee to Elect House Republicans is committed to growing the House GOP Majority by supporting ALL GOP nominees. #nhpolitics

Members of the House Freedom Caucus are not convinced.

“For many individuals who might consider running to serve in the House, they need to know that there will be help if they don’t immediately pay allegiance to a Speaker that is working to rapidly grow government, whether through his vote on Medicaid expansion or on budgets with 10.5 percent spending hikes,” said Rep. Greg Hill, R-Northfield, a member of the caucus.

Conservatives haven’t been supportive of Jasper in the role as speaker for a while. He won the speaker’s post in 2014 with an overwhelming majority of support coming from Democrats. Only a few dozen Republicans voted for him over former House Speaker and conservative firebrand Bill O’Brien.

In the last session, he was heavily criticized by conservatives for supporting a reauthorization of Medicaid expansion and working with Democrats to get it passed.

He also barely won the speakership in 2016 over Rep. Laurie Sanborn, R-Bedford, and a leader of the other conservative House Republican Alliance (HRA) caucus. He defeated her by a five-vote margin, 109-104, on the second ballot in December. Jasper assured lawmakers that he would unify the caucus in time to get legislation passed. That doesn’t seem to be the case so far.

The first test of the legislative session was right-to-work. Conservatives overwhelmingly supported the bill, but moderate Republicans and members of the House Republican leadership weren’t sold on it, due to their ties to unions or people they know in them. Despite the bill passing in the Senate, it failed in the House and people blamed Jasper for not trying hard enough to get it passed. The vote revealed a splintered Republican majority in the House.

The second battle between conservatives and Jasper was over the budget. Members of the House Freedom Caucus did not support the budget that came out of the House Finance Committee earlier this month. They didn’t like that spending increased over former Democratic Gov. Maggie Hassan’s budgets and that the budget lacked tax cuts.

They banded together to vote against the budget until their demands were met. Democrats were already voting against the budget to defy the Republican majority in the House from passing a budget. Conservatives essentially joined them to derail budget negotiations. What resulted was a chaotic two days and the House, for the first time since at least 1969 when they started keeping records of it, failed to pass a budget to the Senate.

Jasper didn’t mince words when he called out the House Freedom Caucus for voting against the budget.

It’s important to note that members of the HRA also voted against the budget and led to its defeat. Jasper took aim at their group last week, with leaders of the HRA claiming they have been denied the right to meet in the State House as punishment for their budget opposition.

Three co-chairs of the HRA received a letter stating that their “activities in the State House Complex are hereby suspended” because the organization failed to produce bylaws.

Jasper said he came to his decision on the belief that the HRA has turned into a lobbying group instead of a conservative caucus of Republican representatives, whose membership might extend to people who are not elected officials.

“Once again Speaker Jasper looks to silence the conservative caucus of the State House,” the HRA co-chairs said in a statement. “The Speaker is pathetically trying to provide himself with political cover after failing to pass a budget, something that hasn’t happened in New Hampshire since 1969.”

This was another reason the House Freedom Caucus decided to create a PAC. They don’t believe Jasper is going to spend the funds to help conservatives get elected to the House.

“Based on his recent actions of maligning conservatives in the press and banning conservative House groups from the State House meeting rooms, we have every reason to believe that he will continue to undermine conservative candidates in the next election,” Hoell said.

It’s possible Jasper could see a primary challenger in 2018 if the House Freedom Caucus is serious about padding war chests for conservative candidates. It could also make some representatives who live in relatively safe Republican districts a little nervous as well.

Former Rep. Leon Rideout said the GOP needed to work together or else Democrats could gain control next year.

@NHGOP #Republicans were elected on a agenda we can not abandon it or let it fail due 2 Division & score settling #NHPolitics #NorthCountry https://t.co/n7q9NP4SXC

The next big-item, divisive bill that comes up in the House could further expose deeper wounds within the Republican Party. The House is expected to vote on the budget again later this year, after the Senate passes its version. Who knows what will happen in round two.