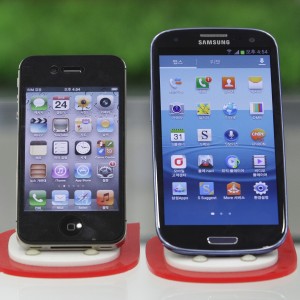 Speakers invited to a recent event at the U.S. Patent and Trademark Office represented a one-sided view in the ongoing patent war between Apple and Samsung, arguing a ruling in Samsung’s favor would result in “significantly weakened” design patents – a view not shared by much of the industry.

James Aquilina of Design IP PC, an intellectual property law firm based in Pennsylvania, told the 2016 USPTO Design Day conference last week that “design patents in this country are going to be significantly weakened” if the Supreme Court sides with Samsung in the case.

Unlike utility patents, which limit infringement damages to lost profits or reasonable royalty, under current design patent law a jury verdict finding Samsung infringed on Apple iPhone design patents could award Apple damages equal to the entire profit of the infringing Galaxy smartphones, instead of just the specific infringing patents.

Other presenters at USPTO’s 10th annual Design Day conference included Industrial Designers Society of America (IDSA) members Austen Angell, who helped file a pro-Apple brief in the Federal Circuit Court of Appeals in 2014, and Daniel Martinage, who spoke highly of Apple during an interview earlier this month discussing the brand’s 40th anniversary.

Martinage previously credited Apple with making “design front-and-center in the whole product development process,” while the friend-of-the-court brief signed by Angell, among others, states the draftees “have no personal interest in the outcome of this dispute between Apple Inc. and Samsung Electronics,” was written with the help of lawyers who previously represented Apple.

“[N]o matter how competent and credible those people may be (most probably they are), it strikes me as odd that these two groups are represented by Apple’s own lawyers,” Florian Mueller of Foss Patents wrote of the brief in 2014. “’Design Educators’ are Gibson Dunn lawyers some of whose names I’ve seen on countless Apple filings (Mark Perry, Mark Lyon), while Orrick lawyers led by Mark S. Davies, who played a key role (very successfully, by the way) in several Apple-Motorola appeals, represent the ‘54 distinguished industrial design professionals.’”

While discussion in support of Samsung was curiously absent from the conference, it has not been in the courts and across much of the tech industry, where companies including Google, Facebook, Dell, HP, eBay, Vizio and numerous tech policy groups warn a ruling in Apple’s favor could spur the creation of a wild west world of patent trolling in the design space.

“Under the panel’s reasoning, the manufacturer of a smart television containing a component that infringed any single design patent could be required to pay in damages its total profit on the entire television, no matter how insignificant the design of the infringing feature was to the manufacturer’s profit or to consumer demand,” the companies said in their own brief last year.

Samsung, in response to a lower court ruling, said letting the decision stand would “invite overprotection and overcompensation for design patents, free from the limitations imposed in other areas of intellectual property law” and “lead to ‘an explosion of design patent assertions and lawsuits.’”

“One thing I’ve observed is that if the Supreme Court changes the law to allow ‘apportionment’ of damages, it would put design patents on a similar level as utility patents,” Jeff Vockrodt, partner at the law firm Arent Fox LLP, told InsideSources.

“I would note, however, there would be significant legal battles over the correct way to apportion infringement in many cases,” he continued. “Those battles would be the most significant where the value of the design is not the driver of profits for the infringing article.”

Vockrodt said if the Supreme Court upholds awarding total-profit damages for design patent infringement, it “would likely lead to an increasing number of design patent challenges in inter partes review.”

The inter partes review process, established in the 2011 America Invents Act, allows the USPTO to review “improperly granted patents that are either anticipated or obvious over prior art patents or printed publications” as a means of curbing patent trolling.

“If the court maintains the disgorgement of entire profits standard, I think we can expect to see more design patent infringement cases brought by non-practicing entities,” Vockrodt said.