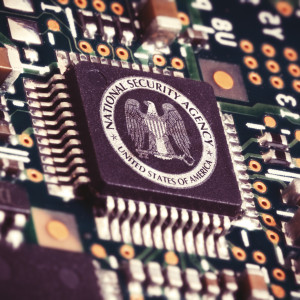 In the opinion dated June 17 and released Friday, the secret court charged with approving surveillance warrants for U.S. intelligence agencies asserted Congress’ passage of the USA Freedom Act gave the court a green light to restart the program until the reforms outlined in the legislation are put in place, despite the expiration of the Patriot Act authority underpinning the program days before.

The Senate passed the USA Freedom Act days after the upper chamber allowed several provisions of the Patriot Act to expire, including Section 215 — the legal justification for NSA’s bulk collection and retention of virtually all Americans’ landline telephone metadata records. The agency finished the process of shutting down the program hours before the sunset deadline on June 1.

According to the FISC’s reasoning, the intention of the Freedom Act was to renew the existing program prior to its expiration until the reforms to the program set forth in the act could be adopted — a process NSA Director Michael Rogers told the Senate should take no longer than six months.

Based on that interpretation, the court said the program should be allowed to restart and continue until the reforms reducing its scope are in place, though the FISC has yet to actually issue the approval.

“Although the statutory framework is somewhat tangled, the choice before the court is actually very clear and stark: as described below, it can apply well-established principles of statutory construction and interpret the USA Freedom Act in a manner that gives meaning to all of its provisions, or it can ignore those principles and conclude that Congress passed an irrational statute with multiple superfluous parts,” the court said in the brief.

Basically, the court reasoned, the interpretation of the USA Freedom Act reforms don’t make sense in the context of the post-expired program, and to interpret and apply the reforms as they were intended in the drafting of the bill, the court must recognize and renew the program as it functioned prior to the expiration of Patriot Act Section 215.

The court also elected not to appoint an “amicus curiae,” or “friend of the court” panel of privacy and civil liberties advocates to help review the decision to renew the 215 Program, ruled illegal by another federal court last month. Friday’s order would have been the court’s first opportunity to exercise its ability to hear civilian testimony in response to a government surveillance request.

“That question is solely a matter of statutory interpretation; it presents no issues of fact, or application of facts to law, and requires no particular knowledge or expertise in technological or scientific issues to resolve,” the court said.

According to the language of the Freedom Act, the court  “shall appoint” an advocate “to assist [the] court in the consideration of any application for an order or review that, in the opinion of the court, presents a novel or significant interpretation of the law, unless the court issues a finding that such appointment is not appropriate,” or “may appoint” an advocate “including to provide technical expertise, in any instance as [the] court deems appropriate or, upon motion, permit an individual or organization leave to file an amicus curiae brief.”

Based on the court’s interpretation of the Freedom Act, renewing the 215 Program as requested by the Justice Department earlier this month met neither of the requirements above, especially given the timeliness of the request. The court also added it hasn’t had the time to set up a framework for appointing advocates and hearing testimony.

“Under the circumstances, it does not appear that the assistance of an amicus curiae would materially assist
the court in making that decision,” the court said. “The court therefore finds that it is ‘not appropriate’ to appoint an amicus curiae in this matter.”

“Whether amicus curiae would assist the court in interpreting other provisions of the USA Freedom Act, or any other aspect of the statutory framework, is a question for another day.”

The court added in this case, “the appropriate outcome is sufficiently clear, such that no reasonable jurist would reach a different decision.”

“Congress intended to give the government, on the approval of the FISC, broad‐ranging investigative powers analogous to those traditionally used in connection with grand jury investigations into possible criminal behavior,” the Second Circuit said in its ruling.

According to the appellate court, the government’s broad definition of data “relevant” to national security investigations — its primary defense of the program — could be interpreted to include virtually all data held in the private sector, including “financial records, medical records, and electronic communications (including e‐mail and social media information) relating to all Americans.”

“Such expansive development of government repositories of formerly private records would be an unprecedented contraction of the privacy expectations of all Americans,” the appellate court said. “[T]he telephone metadata program was (for understandable reasons) shrouded in the secrecy applicable to classified information, and only a limited subset of members of Congress had a comprehensive understanding of the program or of its purported legal bases.”

“There was certainly no opportunity for broad discussion in the Congress or among the public of whether the FISC’s interpretation of [Section] 215 was correct.”